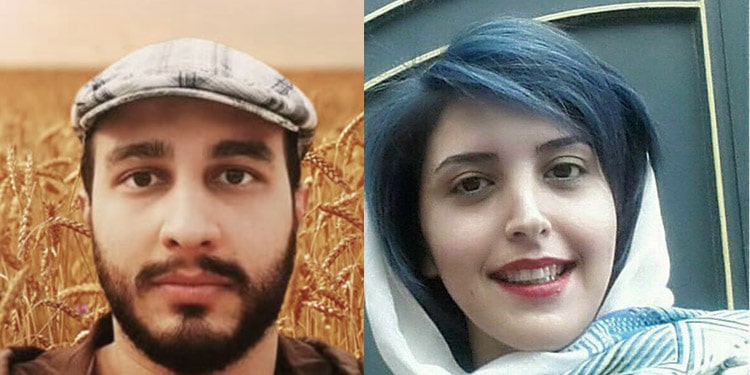 Labor activists Asal Mohammadi and Hirad Pirbodaghi have been detained for their peaceful activities in defense of workers’ rights.

Labor activist Asal Mohammadi was transferred to the women’s ward of Evin on Thursday, November 11, 2021.

On Sunday, November 7, Hirad Pirbodaghi was arraigned for “association and collusion against the state.”

Hirad Pirbodaghi and Asal Mohammadi had been previously arrested and detained for their peaceful activities in defense of workers’ rights.

Assal Mohammadi, a civil activist and student of pharmacy, was arrested during the protests of Haft-Tappeh Sugarcane Factory and taken to Evin Prison on August 4, 2019. She was arrested in December 2018 and released in late January on a 400-million-toman bail.

Ms. Mohammadi was arrested again in August and subsequently sentenced to 18 years in prison in September that year.

Assal Mohammadi had written and published posts in support of the protests by workers of Haft-Tappeh Sugar Cane Company and the Steel Workers of Ahvaz.