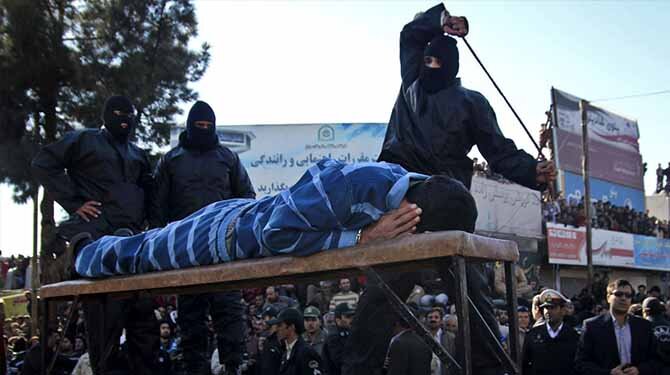 An Iranian man was flogged in the central prison of Yazd, central Iran, early this week for “transportation, and possession of alcoholic beverages”.

The prisoner has been identified as 40-year-old Ali Afsari.

He was arrested three years ago on the same charges and was sentenced to three years in prison and 75 lashes.

The flogging sentence was carried out on Sunday, December 26, 2021.

Under Iran’s Islamic Penal Code, consumption of alcohol is punishable by 80 lashes, and if an individual is convicted three times the punishment on the fourth occasion is death.

A 55-year-old, Mortaza Jamali, was named as the victim of the execution in Mashhad, Razavi Khorasan province, in reports by independent media outlets and on social media.

His execution led to a strong backlash on Iranian social media that time with many users saying that large corruption cases and extrajudicial killings of protesters go unpunished or end in light sentences while drinking brings the death penalty.

Iran’s use of degrading punishments and torture

The regime regularly hands out flogging sentences to protesters, dissidents, and to those charged with adultery and theft, among other things. Flogging is a cruel and degrading punishment and is tantamount to torture.