Woman murdered by her brother in ‘honor killing’ in NW Iran 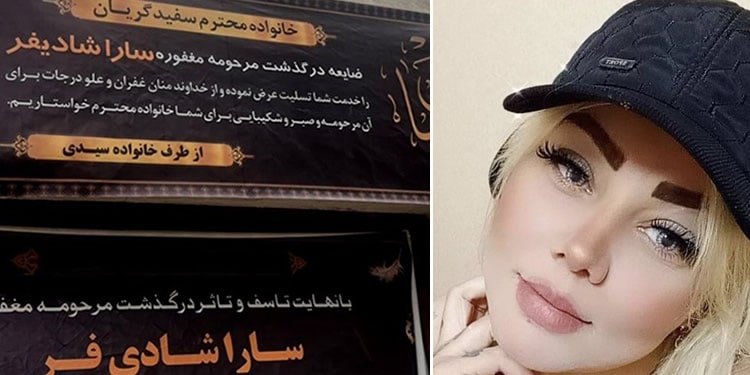 In the latest “honor killing” in Iran, a man in the northern province of Mazandaran has reportedly killed his sister who was apparently attempting to immigrate to Turkey despite her family’s opposition.

The state-run IMNA news agency had previously reported that the body of a murdered woman was found on April 1, in paddy fields of Hosseinabad village in the city of Amol.

According to the head of the Amol police command, the body belonged to a 30-year-old woman from the same village who had been killed by “one of her close relatives” about 20 days earlier.

Meanwhile, some local sources have identified the woman as Sara (Razieh) Shadifar and said that she was killed by her brother.

Ms. Shadifar was 33 years old and the mother of two children.

In recent years, there have been numerous reports of violence against women and so-called honor killings in Iran, most of which have been committed by a man close to the victims.

Violence against women is considered one of the most flagrant violations of human rights globally.

Iran is one of four countries that have not acceded to the UN Convention on the Elimination of All Forms of Discrimination against Women.

Not a week goes by without some form of honor killing making headlines. The clerical regime’s failure to criminalize these murders has led to a catastrophic rise in honor killings.

The regime’s laws are lax when it comes to “honor” killings and are not decisive in punishing the murderer. Usually, because the law considers the father as the owner of his child’s blood, he does not receive a proportionate punishment for murdering his daughter. This is a license to kill, as evident in the murder of Romina Ashrafi in May 2020.

The police and judicial authorities also act negligently. The law enforcement officers stop at the door. Under the clerical regime’s laws, they are not allowed to enter anyone’s house when a case of domestic violence against women is reported.

In a report published in 2019, the state-run Sharq daily newspaper wrote that an annual average of 375 to 450 honor killings are recorded in Iran. The murders are more prevalent in Khuzestan, Kurdistan, Ilam, and Sistan and Baluchestan.

In a recently publicized case of honor killing, after a man beheaded his 17-year-old wife, Mona Heydari, he paraded her severed head in the streets of the southwestern Iranian city of Ahvaz in an attempt to prove that he was an honorable man. Footage of the macabre scene was posted online in early February showing Sajjad Heydari smiling.