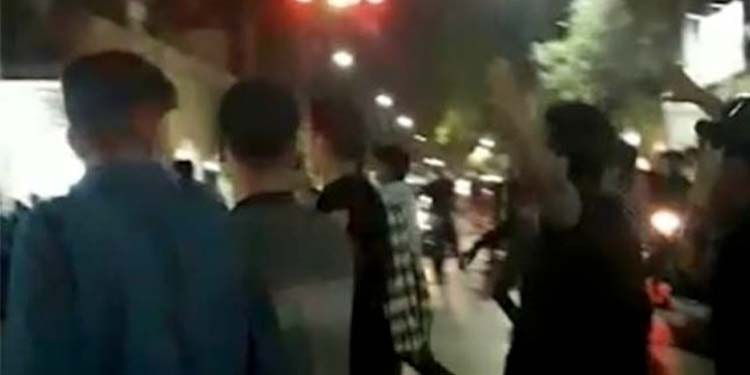 A civil from the city of Farsan in Chaharmahal and Bakhtiari Province said on Wednesday (May 17th) that despite the heavy security measures and security forces shooting at protesters and the complete shutdown of the Internet, popular protests continue in the city.

In an interview with the state-run Emtada website, a civil activist, who has remained anonymous, stated that the popular protests in Farsan started on the evening of May 13 in the city center and within a few minutes, security forces and special units raided the gathering. They clashed with protesters.

According to the eyewitness, the protests continued with “tear gas being fired directly by security forces” and “a protester who was shot in the head is currently in a coma in the intensive care unit.”

Protest rallies in the Baba-Heydar district of Farsan also resulted in the death of one of the protesters, but so far “the body has not been delivered to his family.”

According to the report, several other protesters were shot by security forces and were taken to hospital due to the severity of their injuries.

The source says that the situation of the detainees in this city is not known yet.

The day before the protests erupted in Jooneghan, where protesters attacked and set fire to a Basij base.

Jooneghan has been one of the main hubs of the protests in Farsan city in recent days. However, media outlets affiliated with or close to the regime do not cover the protests, and most local officials denied the protests or dismissed them as propaganda by the Iranian opposition.

Iranians have staged street protests after authorities cut subsidies for imported wheat, a move that has led to a dramatic increase in the price of bread.

The regime’s security forces in many cities opened fire and attacked unarmed protesters.

Amid the protests, the regime has taken extreme measures to prevent news of the protests from spreading.

Authorities have imposed a near-total shutdown of mobile and home broadband data in restive cities.

In addition to cutting off internet access, the government has been giving instructions to different branches and institutions to help censor news of the protests.

According to various reports, the Ministry of Intelligence and Security (MOIS) has instructed the media to avoid reporting the protests and even using terms such as “economic surgery,” “violent response,” and “rallies.”

At the same time, the regime has increased its security presence in different Iranian cities to prevent further protests.

Security forces have killed several protesters in recent days. Many others have been injured and arrested.

Iran steps up executions amid ongoing protests over food prices