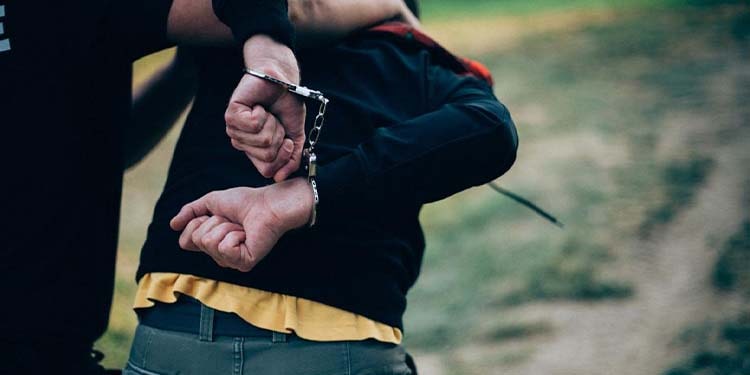 Some local media outlets claimed on Sunday, that these individuals were involved in ” propagating an emerging and Western sect.”

According to reports, these citizens had come to this recreational area in tourist groups, and security forces confiscated 14 cars of these tourists upon their arrest.

A lawsuit has been filed against these people.

Hossein Hassanpour, the deputy police chief of Gilan Province, claimed that the reason for their arrest was that they had organized “superstition and drug use ceremonies” following a call through social media. He said, “some tools for propagating and emerging Western sect,” were also found among their belongings.

He did not elaborate on what he called the “emerging sect,” nor did he release details about the detainees, but said they had been handed over to the judiciary.

Iranian media reported last weekend that police had arrested 120 people for alleged “criminal acts,” including drinking alcohol, mixed-sex dancing, and not wearing a hijab at a party in a forest in the northern province of Mazandaran.

State-run media quoted the Chief Justice of the Mazandaran Province as saying on June 19 that the detainees were part of an “illegal” tourist tour who were arrested in a forest in Neka by moral security police. He did not mention when they were arrested but said the men and women were being prosecuted.

In recent days Iranian authorities arrested 10 people for their role in a skateboarding gathering in the southern city of Shiraz.

It came after a video went viral on social media on June 23, showing several teenagers of both sexes mixing freely on a boulevard in Shiraz to mark “Go Skateboarding Day.”