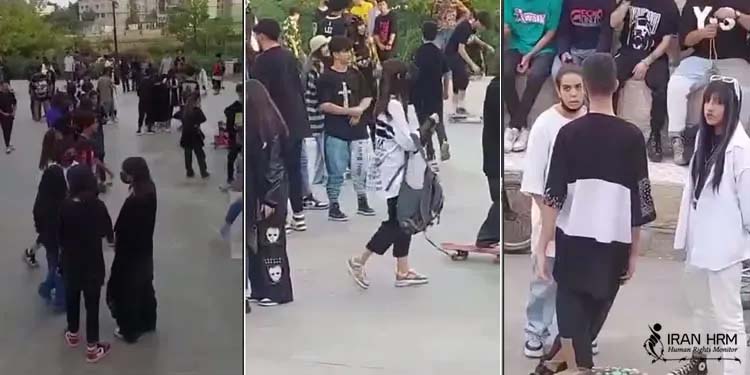 Hours after the release of a video of a skateboarding gathering of teenage boys and girls on one of Shiraz’s main streets, the city’s governor announced that security forces had arrested ten people in connection with the gathering.

The video, which was posted on social media on Thursday, June 23, showed several teenage girls and boys hanging out on Shahid Chamran Boulevard in Shiraz to mark “Go Skateboarding Day.”

Most of the girls have refused to wear the obligatory hijab.

The state-run Mehr news agency reported on Thursday, quoting Shiraz Governor Lotfollah Sheibani, that “so far 10 people who organized the event have been arrested.”

“The main organizer of the event has also been identified and action has been taken to arrest him based on judicial authorities,” Sheibani said.

“The actions of the teenagers in this gathering are a violation of religious norms, and we strongly condemn these actions and deal with them judicially” he added.

Under Iran’s compulsory veiling laws, women and girls are forced to cover their hair with a headscarf against their will. Women who do not are treated as criminals by the state.

The punishment for being seen in public without a headscarf includes arrest, a prison sentence, flogging, or a fine.

Iranian authorities in recent years claimed that women with “bad hijabs” violate Article 638 of Iran’s Islamic Penal Code. However, the code does not specifically mention the hijab.