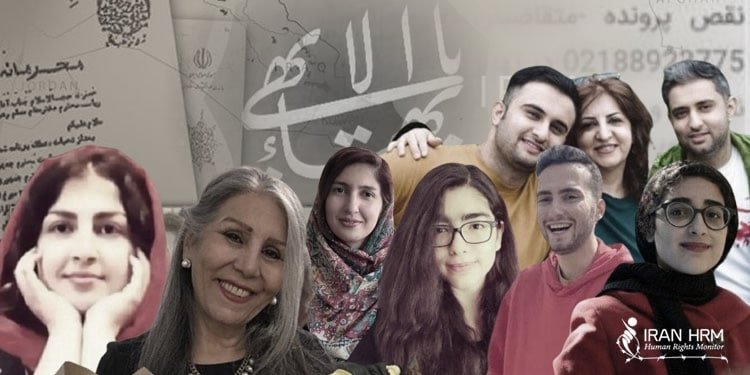 Iranian authorities have ramped up their pressure and harassment of members of the Baha’i community, a long-persecuted religious minority, arresting dozens of people and destroying property belonging to members of the group.

Hundreds of cases of persecution of Baha’is, including arrests, summonses, searches and destruction of houses, confiscation of agricultural lands, deprivation of education, etc., have been registered in the past month alone.

Iran Human Rights Monitor condemns the systematic oppression and persecution of the Baha’i community in Iran and calls on all human rights advocates, and the UN Special Rapporteur on freedom of religion or belief, to demand accountability for the Iranian regime’s suppression of religious minorities.

In the past month, the regime started a new wave of summoning and arresting Baha’is in Iran.

Simin Fahandezh, a spokeswoman for the International Baha’i community said on Aug 10 that at least 125 cases of suppression of Baha’is have been reported in just 10 days. She stressed that the Baha’is were imprisoned, their property was confiscated, and they were denied higher education.

At least 65 Baha’i citizens have been summoned and arrested in various cities since the beginning of July 2022.

On July 31, 2022, security forces raided the homes of more than 35 Baha’is, illegally searched their houses without warrants, and arbitrarily arrested at least six Baha’is including former leaders of the community Mahvash Sabet, Fariba Kamalabadi, and Afif Naeimi. All three have already spent 10 years in prison for their religious beliefs.

Reports of other arrests include Shole Shahidi who was arrested on July 13 in the city of Bojnourd along with his two sons, Faran and Shayan Sanai.

The Iranian Intelligence Ministry said in a statement on August 1 that an unspecified number of people from the Baha’i community had been arrested, accusing them of being spies with links to Israel and of propagating the Baha’i faith by “infiltrating various educational sectors across the country, including kindergartens.”

On August 2, the authorities raided the village of Roshankuh in Mazandaran Province in northern Iran, destroying at least eight homes belonging to Baha’i families and confiscating 20 hectares of their land.

About 200 security and intelligence officers descended on the tiny village, where Baha’is have lived for more than a century, according to interviews with a resident, relatives of residents, and rights groups. They closed off an access road, fired gunshots in the air, and sprayed pepper gas at villagers, according to the accounts.

As well as demolishing houses, the bulldozers tore down fences protecting farmland that served as the backbone of the community’s livelihood, according to witnesses, videos posted on social media, reports broadcast on state television, and comments by Iranian officials.

At the same time, dozens of Baha’i homes have also been unlawfully searched in the cities of Tehran, Shiraz, Mashhad, Karaj, Sari, and Gorgan.

In its announcement, the Iranian Intelligence Ministry confirmed the raids but provided no evidence for its claims, which resemble other unsubstantiated statements that the government routinely touts to defame dissidents, activists, and religious and ethnic minorities.

Despite passing the university entrance exams, 50 Baha’is have been barred from enrolling in universities after authorities discovered their religious affiliation.

Baha’is are routinely denied the right to higher education in Iran, either by being banned from enrolling in a university or being expelled without a proper explanation once enrolled in the school.

Although Article 23 of the Iranian constitution states that “no one may be molested or taken to task simply for holding a certain belief,” followers of the faith are denied many rights including property ownership, equal burial rights, and access to higher education.

Since the 1979 Islamic Revolution in Iran, Iranian Bahais have been systematically persecuted as a matter of government policy. During the first decade of this persecution, more than 200 of Iran’s Bahais were killed or executed. Hundreds more were tortured or imprisoned, and tens of thousands lost jobs, access to education, and other rights – all solely because of their religious belief. The persecution of Iran’s Bahais is still ongoing with dozens of Bahais languishing in prisons throughout Iran.