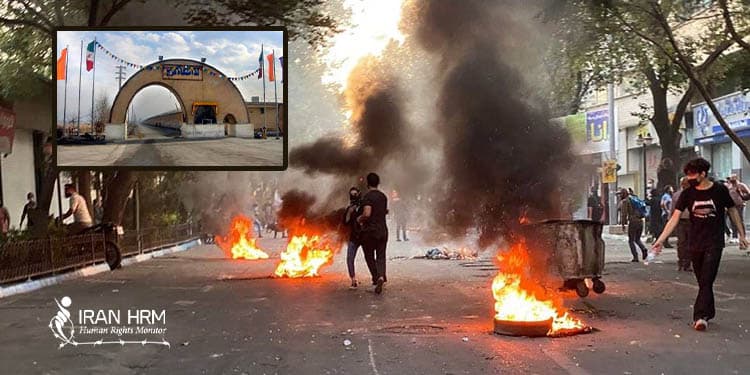 The measure violates the principle of separation of crimes

Reliable reports from Iran say the authorities of Karaj Central Prison have transferred several key drug smugglers to Ward 1, where young opponents arrested in the recent protests are detained.

The drug dealers play an effective role in smuggling drugs into Iranian prisons, in cooperation with the IRGC (Revolutionary Guard Corps).

It is a well-known policy of the Iranian regime that it detains major drug traffickers with young opponents in the same ward, to have the youths addicted. The Iranian regime carried out the same plan on the protesters arrested during the November 2019 Iran protests who were detained in the Greater Tehran Penitentiary.

In this way, the Iranian regime silences and gets rid of their young, energetic opponents by making them addicted to drugs.

Ward 1 of the Central Prison of Karaj was evacuated to accommodate young protesters arrested during the recent protests. The inmates previously held in Ward 1 have been transferred to other wards, making them overcrowded.

At least 100 new prisoners were transferred to Ward 1 of the Central Prison of Karaj in the last week of September.

Prison guards are extremely violent to the inmates. They beat them severely so much that they would want to be executed, instead.

Article 276 of the Prisons Organization Regulations states that detainees must be separated from convicted prisoners until they are handed down a final verdict. They must be detained in separate departments.

Placing drug convicts alongside these detainees violates the principle of separation of crimes.

Iran HRM calls on the UN to dispatch a fact-finding mission to Iran to visit prisons and meet with political prisoners and detained protesters. The Iranian Judiciary must be held accountable for the horrible crimes it commits in its prisons and torture chambers.