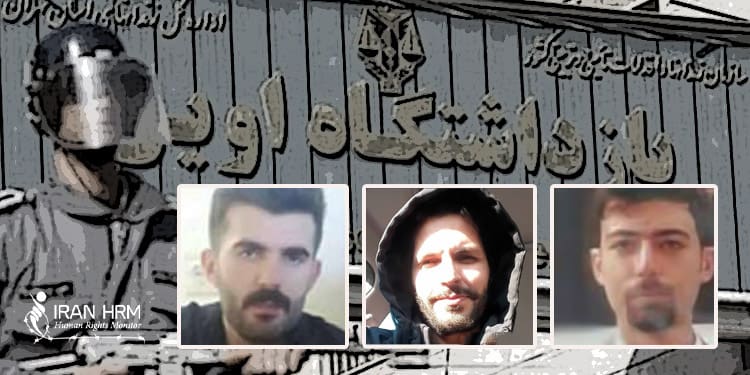 Three weeks after the brutal attack on Evin Prison, some of the injured inmates are deprived of medical treatment. Luqman Aminpour, Meysam Dehbanzadeh and Parsa Golshani are among these injured prisoners.

Political prisoner Meysam Dehbanzadeh, 29, was shot by a pellet gun during the attack on Evin Prison on October 15, 2022. He was seriously injured and denied medical treated until his transferred to Gohardasht Prison on October 18, 2022.

On October 31, 2022, instead of being taken to the hospital, prison authorities returned him back to ward 241 of Evin Prison for questioning.

Mr. Dehbanzadeh was arrested in December 2020 and released on bail after several months. He was arrested again in February 2021. Mr. Dehbanzadeh was sentenced to 10 years in prison on charges of “assembly and collusion by communicating with the People’s Mojahedin Organization of Iran (PMOI/MEK)” and “disturbing public order and propaganda against the state.”

Political prisoner Parsa Golshani, 35, was also injured during the attack on Evin Prison. The special guard forces who carried out the prison attack had brutally beaten him. Mr. Golshani suffered a head fracture, blurry left eye vision, and severe headaches along with dizziness. He is yet refused any medical treatment. The prison’s clinic has confirmed that he should be sent to a hospital for special treatment.

Mr. Golshani has been detained in Evin Prison since 2019 and has been sentenced to five years in prison on charges of “collusion with the PMOI and propaganda against the state.”

Political prisoner Loghman Aminpour had been transferred to Gohardasht Prison after the attack that occurred in Evin Prison on October 15, 2022. However, he was also returned to Ward 241 of Evin Prison. Mr. Aminpour was interrogated and tortured since his return.

Eight of the political prisoners at Gohardasht Prison have written a letter to the Special Rapporteur on Human Rights. The express great concern over the fate of Loghman Aminpour. They write that Iran’s Judiciary has sent a group of political inmates to other prisons. The aim is to intimidate and avenge them. They are holding Loghman Aminpour and other prisoners in solitary confinement to set a lesson for the others. Prisoners kept in solitary confinement are under torture.

Loghman Aminpour was sentenced to 5 years in prison on charges of “assembly and collusion” in January 2020. He received another 5 years on charges of “membership in the People’s Mojahedin Organization of Iran.”