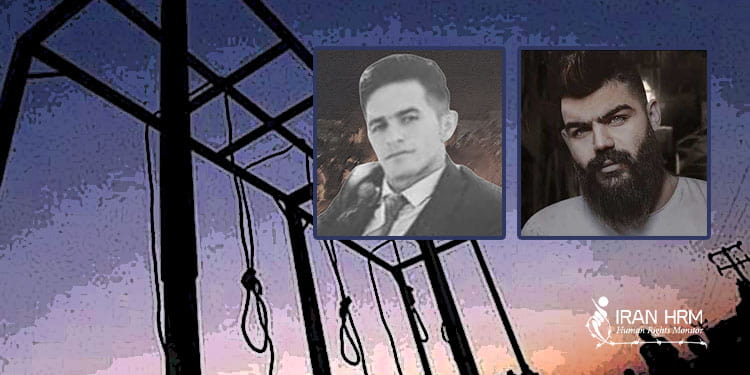 As Iran’s Judiciary is issuing death sentences for imprisoned protesters, MPs have signed a statement calling on the Judiciary to decisively execute protesters.

The trial of Kurdish singer, Saman Yassin, presided over by Judge Salavati, was held at the General and Revolutionary Court in Tehran. In this trial, October 29, 2022, Saman Yassin was charged with “moharebeh” by firing 3 bullets from his colt gun. The singer is also accused of “assembly and collusion with intent to commit crime against the national security.”

But according to the footage broadcast of his trial, Saman tells Judge Salavati that he had only an air gun pistol. Judge Salavati accused him of having 11 criminal records, which Saman denied.

The charge of “moharebeh” is punishable with death. Saman Yassin, a 27-year-old singer from Kermanshah, was arrested on October 2, 2022, in connection with popular protests in Tehran. He has sung many songs protesting the socio-political status of his society and showed support for the recent nationwide uprising.

Since his arrest, the Kurdish singer has been denied the right to have an attorney and visitation with his family. Mr. Yassin has been subjected to severe physical and psychological torture so that he makes a forced confession.

Saman Yassin was transferred to the Intelligence’s Prosecutor Office in Evin Prison on October 2, 2022, after his arrest. He was subsequently transferred to the Greater Tehran Penitentiary (Fashafouyeh) Prison and returned to Evin after two weeks of detention.

The Iranian Judiciary has sentenced Tohid Darvishi, a Kurdish citizen from Khoy, to death. Tohid Darvishi was arrested on Saturday, October 15, 2022, during protests in Tabriz. He was sentenced to death without having access to an attorney as well as the minimal guarantees to protect a detainee’s rights.

Tohid Darvishi, a 27-year-old father of two, is an informal (taxi) driver. He was violently arrested by state forces as he brought back a gallon of gas from a gas station to get his car going.

Tohid Darvishi is currently detained in Tabriz Central Prison and is mentally and psychologically under severe pressure. He has been subjected to torture since his arrest and has not received the minimum rights of a defendant in a criminal proceeding, including having access to a lawyer and legal services, informing the family of his condition, and providing medical care.

227 MPs in Iran urgently call on judiciary to execute protesters

The state-run ISNA news agency reported on November 6, 2022, that 227 members of Iran’s parliament had called for the execution of protesters. The members have written a letter addressed to the Judiciary, which was read out during Sunday’s public session.

Ahmad Amirabadi Farahani read the letter stating in part, “We, the representatives of this nation, call on all authorities of the country, including the Judiciary, to take quick action about those charged with Moharebeh. They must be taught a lesson; in whatever outfit and guild they are in. Carry out the divine judgement of retribution (Qisas) on them.”