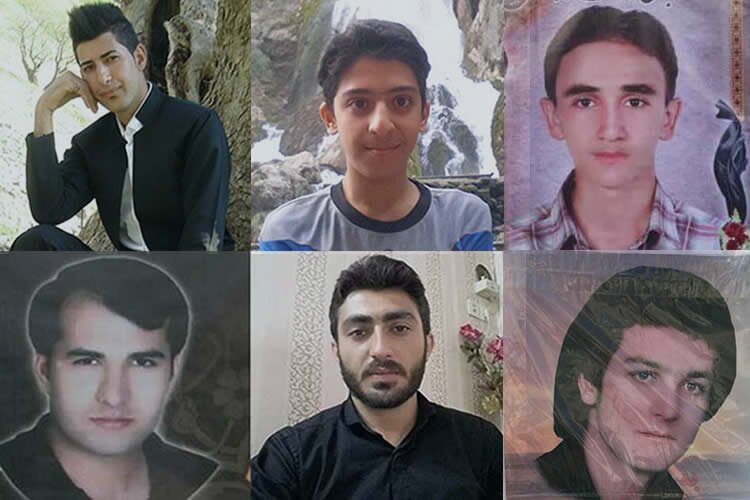 At least 45 Iranian protesters have been killed amid ongoing nationwide protests that began last Thursday over Iran’s stagnant economy and the rising cost of living. A 11-year old boy is among those killed by Iran’s State Security Force. The National Council of Resistance of Iran confirms the deaths through reliable sources inside Iran.

Two school boys were also killed during the protests in Marivan, Iranian Kurdistan, when attacked by a grenade lobbed by the State Security forces. One of the victims is identified as Arman Zomi.

Nematolah Salehi, is another brave protester who fought for his basic rights to the very end. He killed by repressive regime forces during the Iran protest on January 1, in Isfahan. According to reliable sources, some 10 protesters were killed in Izeh, in the southwestern province of Khuzestan. Behzad Shahsavari (right), Masoud Kiani (left), are two of those who were shot dead by Iran’s Security Force on the city. They will always be remembered as the symbols of courage, who peacefully fought for freedom.

State TV reported on Monday, January 2, that 10 people were killed in several cities on Sunday. The report did not provide further details about the deaths.

Local media reports said that of those who were killed, six were shot dead by Iran’s Security Force in Tuyserkan, in Hamedan Province, including 11 year-old Armin Sadeghi. His death is a grim reminder of the Human rights violations that take place in Iran. Three others are reportedly shot dead in Shahin Shahr, in Isfahan Province. According to eye witnesses, the State Security forces opened fire on protesters in the western town of Dorud and killed at least two as other protesters in the same video were chanting, “I will kill whoever killed my brother!”

A videos posted on social media late on Saturday, appearing to show two young men lying motionless on the ground and covered with blood and a voiceover said they had been shot dead by police. Hamzeh Lashani (left) and Mehdi Kohzadi (right) are amongst those killed in the city during demonstrations.