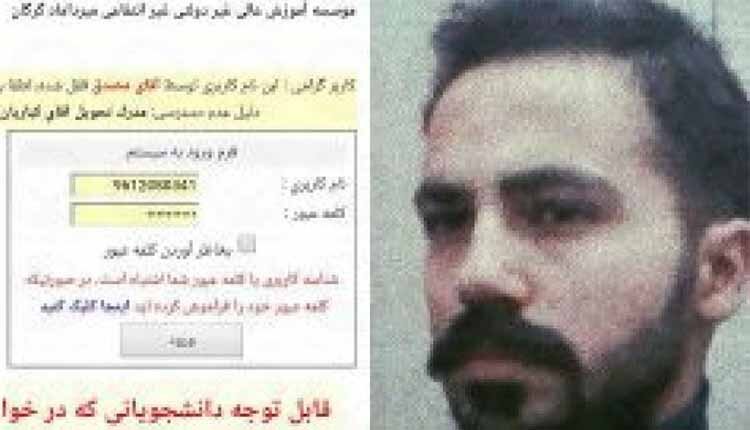 On Sunday morning, May 27, 2018, Shakib Teymouri, a graduate student in mechanical engineering at Gorgan University, was expelled from the university. The university officials closed the Baha’i student’s access to the university’s site and prevented him from registration so that he be deprived from education.

Earlier this month Sadaf Vojdani, a Baha’i student said that she was dismissed from Razi University in Kermanshah for her beliefs. She has been asked to change his religion in the admission forms to Moslem but she didn’t accept.

In yet another case, mother of Kyana Sanaie a student at private university of Mirdamad in the city of Gorgan, north of Iran announced the dismissal of her daughter on the pretext of being a Baha’i and said: “A week after Javad Zarif expressed in New York that Baha’is face no problem in Iran, my daughter was dismissed.”

This is while Iran’s Foreign Minister ignores how Iran mistreats ethnic minorities and claimed that no one is imprisoned for his or her faith.

Seventy-five percent in Sistan and Baluchistan are in food poverty