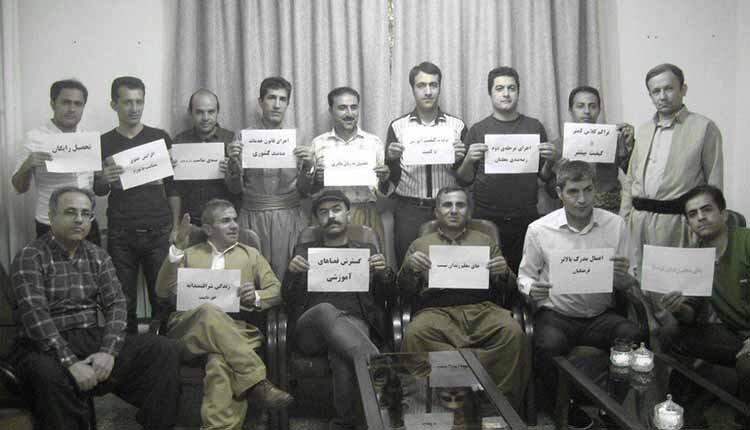 Iranian teachers in many parts of the country refused to go to their classes for the second day in a row, in protest to their situation on Monday, October 15, 2018.

Iranian authorities arrested at least two education activists during a nationwide strike on October 14 and 15.
Mohammad Reza Ramezanzadeh, Chair of the Coordination Council for Cultural Organizations and Secretary of the Khorasan Teacher’s Training Center, was arrested following Sunday’s strike by teachers across Iran. He started a hunger strike.
Abdolreza Ghanbari, teacher, writer and literary critic, was arrested on Saturday for joining the nationwide teachers’ strike.
Iranian teachers went on strike October 14 and 15, holding sit-ins at elementary and high schools across the country to protest “unfair wages,” “degradation of education quality,” “inflation,” and “the continuation of the arrest of [teachers rights] activists.”
The two-day strike was called by the Coordinating Council of Teachers Union (CCTU), and was promoted on Twitter with the hashtag “#nationwide teachers’ sit-in.”
Iranian social media has been abuzz yesterday with photos of teachers demonstrating outside their schools or in the hallways and principals’ offices in cities across the country, including Amol, Eslam Abad, Garmeh, Gonabad, Hamadan, Ilam, Isfahan, Kermanshah, Marivan, Mashhad, Sanandaj, Sarvabad, Semirom, Tabriz, Torbat Heidarieh, Yasouj, and Zarin Shahr, as well as the capital, Tehran.
Social-media posts suggested that some teachers had staged solo protests.