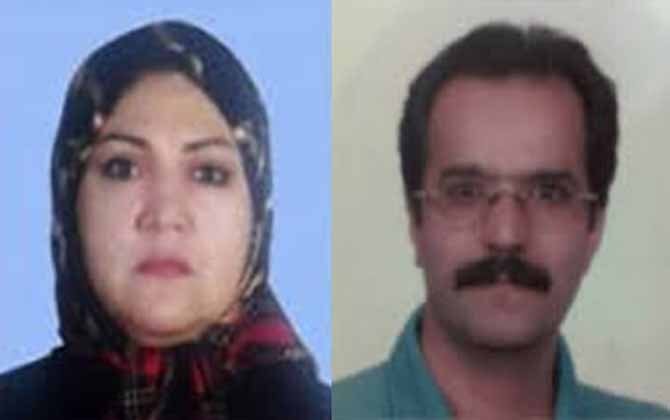 The visit was cancelled because Hassan Sadeqhi, detained in Rajai Shahr Prison in Karaj did not accept to be taken for the visit in a prison uniform with cuffs on his hands and feet.

Since his promotion, Vaziri has made it obligatory for prisoners to have hand and feet cuffs and wear a uniform [during transfers], knowing that the political prisoners will resist.

The couple’s last visit was due to take place in late August, but it never happened for the same reason. They have only met three times since the beginning of 2019.

Since 2015, Hassan Sadeghi and Fatemeh Mosanna have been serving 15-year prison sentences after being arrested in January 2013 for organizing a mourning ceremony for Hassan Sadeghi’s father Gholamhossein Sadeghi, a member of the People’s Mojahedin Organization of Iran (PMOI/MEK).

The Iranian regime’s agencies confiscated their house and their shop in March 2019.

Fatemeh Mossanna was arrested in 1981 and detained for two years when she was only 13 years old. Three of her brothers were executed that year by the clerical regime.

Hassan Sadeghi served six years in prison in the 1980s from the ages of 15 to 21 for engaging in political activities related to the PMOI.

during the 1980s the Iranian regime executed tens of thousands of political prisoners mainly members of the PMOI held in jails across Iran.

Regime Official Admits 15,000 Executed in Iran on Drug Charges Since 1979