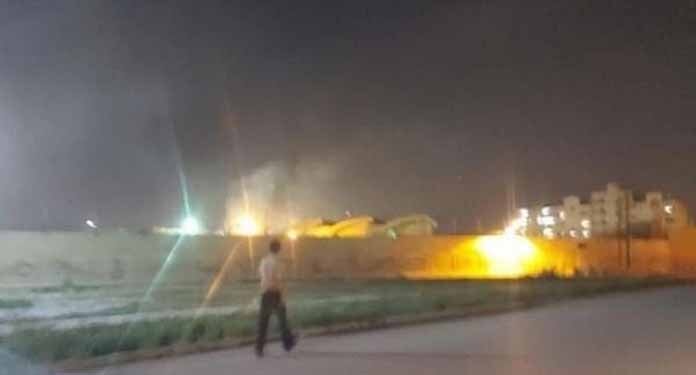 Violence erupted during a riot and escape attempt at a prison in the southwest city of Ahvaz amid the spread of the coronavirus in crowded lockups.

The unrest was sparked on Monday by unsanitary conditions inside Sepidar Prison of Ahvaz, where is unprepared to handle the coronavirus outbreak that has seen more than 14,000 deaths in the country. The prisoners were also protesting the authorities’ refusal to grant them prison leave despite the outbreak.

Speaking with the state-run IRNA news agency Heidar Abbaszadeh, the State Security Force commander of Khuzestan province said that “protests and clashes in Sepidar prison ended with the presence of security forces, and the news of the escape of prisoners is not true.”

Local reports and videos shared on social media however, indicate that an unknown number of prisoners have fled the facility. The authorities have dispatched numerous units throughout the city to block various roads and round-up the inmates.

Voice says the authorities are blocking various roads as a number of inmates managed to escape.
There were reports of several deaths of prisoners infected with the #coronavirus in various prisons & the prisoners across #Iran are demanding temporary leave amid #COVID19 outbreak. pic.twitter.com/sE4BcFY9Ov

This is the eighth such prison riot across Iran in less than two weeks.

Prisoners across the country are demanding authorities at least provide temporary leave during the ongoing coronavirus outbreak.

Inmates at Adel Abad Prison in southern Iran have staged a riot over fears of contamination amid the coronavirus outbreak. Human rights sources say that at least five prisoners were killed with pellet guns during the riot.
Last week IRNA reported that 70 inmates escaped Saqqez Prison in Iran’s western Kurdistan province. Prisoners beat guards during the chaos, a local prosecutor said.

Since the beginning of the year, riots have broken out in prisons in Aligudarz, Hamedan and Tabriz as well, with some prisoners escaping, IRNA reported.

There were reports of several deaths of prisoners infected with the coronavirus in various prisons.
Prisoners are demanding that the regime disinfect prison grounds, allow prison furloughs, give sanitary packages to prisoners including masks and hand gels and to quarantine prisoners suspected of being infected with the virus.

Five Killed in Prison Riot Over Mismanagement of Coronavirus Outbreak