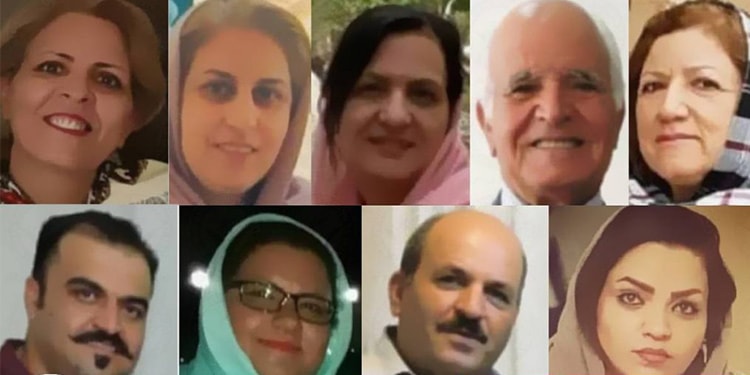 An appeals court in Iran has sentenced eight followers of the Baha’i faith to a total of 11 years and 3 months of prison.

The revolutionary court of Birjand had initially sentenced the eight Baha’i men and women to a total of 51 years and 8 months of prison.

The verdict, issued on September 7 by the Appeals Court, sentenced Nasrin Ghadiri, Banafsheh Mokhtari, and Farzaneh Dimi to 15 months of prison each. They were charged with “membership in the illegal Bahai organization which is a threat to national security”.

Arezu Mohammadi, Atieh Salehi, and Ataollah, Roya and Saeed Malaki were each sentenced to 18 months of prison for the same charge.

According to an informed source the Bahai citizens were arrested during an occasion to mark the 200th birthday of Baháʼu’lláh, the founder of the Baha’i faith.

The source said that on that day, Bahai businesses were shut down all over the country and many were arrested.

“Bahais in Birjand were not immune to these raids. Security forces raided their homes in October 2017 and confiscated some of their belongings. These citizens were tried on April 20. Their sentences were published on the (Judiciary’s) website on April 23.”

Nine other Bahai citizens in Birjand were detained and sentenced to prison in July 2019. They detained to serve their sentences in January.

Iran’s constitution does not recognize followers of the Baha’i faith as a religious minority in Iran. Authorities routinely harass, prosecute, and imprison Baha’is solely for practicing their faith, and they also regularly destroy their places of burial. They also prevent Baha’i students from registering at universities and expel those who are adherent of this faith.