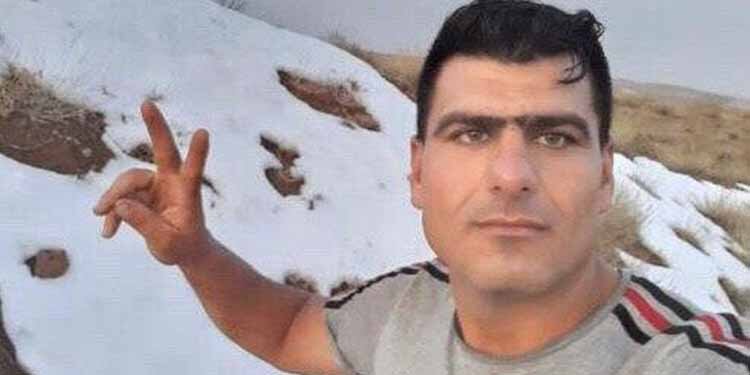 The 34-year-old man was arrested during the November 2019 protests in the city of Ahvaz, the capital city of Khuzestan province, southwest Iran.

He was caught on camera while carrying and abandoning the corpse of a teenager outside the Al-Mahdi Zargan Basij base.

The corpse belonged to Reza Neisi, 16, who had been shot and killed by the IRGC Basij forces during the state-crackdown on protests on November 16, 2019.

According to human rights sources during the first months of his detention, Abbas Askari was tortured to confess to the murder of the 16-year-old boy, but he refused.

Although Abbas Askari has been cleared of murder during the trial in Ahvaz Revolutionary Court, he was charged with “participation in the riot” and “Moharebeh” that could lead to the death penalty, according to the Article 282 of the Islamic Penal Code.

At least 1500 people were killed in Iran between November 15-18, 2019, after protests in response to a sudden gasoline price hike erupted in dozens of cities throughout the country. Thousands were also injured and arrested, including children as young as 15.

Amnesty’s new report, entitled “Iran: Trampling Humanity“, gathered the testimonies of 60 detainees and 14 individuals who had either witnessed or investigated reported violations.

The detainees alleged that torture was routinely used to elicit “confessions” and incriminating statements, not just about their involvement in the protests, but also about their alleged associations with opposition groups, human rights defenders, media outside Iran, as well as with foreign governments.