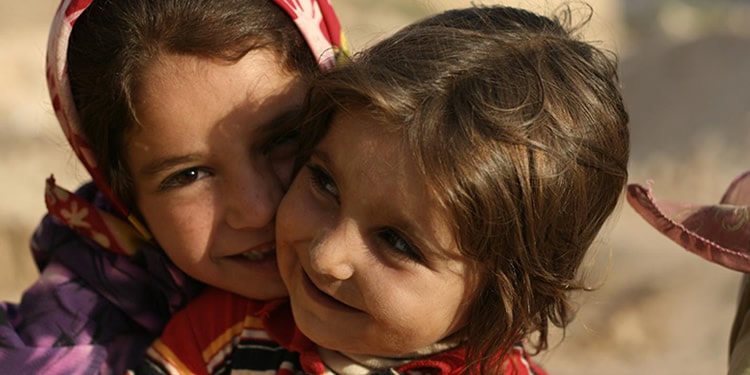 The United Nations adopted the Convention on the Rights of the Child on November 20, 1989, to underline the importance of recognition of the rights of children.

This international convention lists the civil, political, economic, social and cultural rights of children which need to be recognized. The states parties to this convention are obliged to observe and implement the articles of this convention.

Since children do not have the power to defend themselves, every country must protect their children through special legislations and administrative policies. Children are the assets of every country who build its future. So, they must receive education and enjoy the opportunity to display their talents.

A comparison of the situation of children in Iran with international standards and universally recognized rights of children sheds light on the deplorable conditions of Iranian children.

The measures adopted by the clerical regime since its inception left no doubts that it does not respect the rights of children. Among them were sending tens of thousands of children to the warfronts, sanctioning forced and early marriages of girls, as well as torture and execution of hundreds of children under the age of 18.

The authorities of the ruling regime are silent and fail to take any action to alleviate the pains and suffering of an army of child laborers, street children and child porters, millions of children left out of school, millions of addicted children, orphans, and sold out children.

The number of school dropouts in Iran has always been controversial.

Regime officials often provide conflicting statistics on school dropouts, and their sole purpose is to downplay the situation.

Estimates varied from 2 to 4 million on the number of children who are left out of school and deprived of education. This is mainly because education is neither free nor mandatory in Iran. And poor families do not afford to send their children to school. Instead, the children go out to work and help the family earn their living.

This year, however, the situation has worsened since the outbreak of the coronavirus pandemic.

The state-run Tasnim news agency reported on July 20, 2020, that poverty and lack of access to the internet have left 50 percent of students in Iran out of school. That is around 7.5 million based on 2018 figures of overall population of school-age children in Iran.

36 percent of students in Iran (approximately 5.5 million students) who live in villages and remote areas do not afford to buy a smartphone or a tablet, wrote the IRGC-backed Javan newspaper on September 5, 2020.

Hossein Ali Shahriari, Head of the Health Commission of the mullahs’ parliament, asserted on October 14, 2020, that “3.5 million students in Iran do not have access to smartphones or tablets.”

The spokesman for the Education Commission also revealed that “3 million students do not have smartphones or tablets to have access to online education. Over 50 percent of villages do not have access to the internet.” (The state-run Modara.ir, October 12, 2020)

The regime’s constitution not only does not mention child protection laws and bills, but the existing laws pave the way for the exploitation of children.

The number of child laborers in Iran is, according to most unofficial estimates, between 2 and 7 million.

At least a quarter of Iran’s students are forced to quit school every year with a large number of them joining the estimated 3 to 7 million child laborers. (Nahid Tajeddin, member of the board of directors of the Social Commission of the Majlis, the state-run Salamat news, September 27, 2017)

Execution, Imprisonment and torture of children in Iran

Punishment of children in Iran, including prison sentences and death penalties, are among the challenging issues of human rights violations in Iran.

According to the UN Convention on the Rights of the Child a child means every human being below the age of 18. But the Iranian regime’s laws sets the legal accountability age for boys at 15 and for girls at 9.

Despite all domestic and international oppositions and criticisms, and despite emphasis by international laws on prohibition of the execution of juvenile offenders under the age of 18, the Iranian regime continues to prosecute and sentence children to death just as adults.

The Iranian regime has been the top record holder in execution of child and juvenile offenders over the past decade. They sentence adolescents to death and execute them after they reach the age of 18, and occasionally just before it.

Killing of children during protests

The mullahs’ regime killed at least 23 children in Iran during the bloody crackdown on the November 2019protests.

The protests came in the wake of the abrupt three-fold increase in the price of gasoline. Security and military forces used fire arms, tanks and helicopters to quash the protests.

Numerous reports were published over the course of the last year on the arrest and torture of children in Iran.

Citing an informed source, Amnesty International reported on widespread torture of 11-17 year-old children in one of the cities in Kohgiluyeh and Boyer Ahmad Province in the wake of the protests in November 2019. Intelligence agents and security forces arrested the students either at home or at school.

Security forces brutalized and wounded the children who were arrested at schools. They also used stun guns to give them electric shocks.

The report also says that the arrested children were transferred to the Correctional and Rehabilitation Center of Yasuj or to the Prison of Dehdasht after the completion of their interrogations.

In a recent case in July 2020, a 15-year-old elite Baha’i student in Karaj near Tehran, was banned from continuing his education due to his religious beliefs. Adib Vali was not allowed to register for the tenth grade. Despite having received several medals for his achievements he was told in a call from the principal at Salam School on July 8 that he could not continue his studies at the school. Adib had studied grades 7 to 9 at Salam School and was the top student in his class.

Poverty is the main reason for the existence of children without birth certificates in Iran.

Statistics on the number of unregistered children vary, from tens of thousands to one million people, most of whom live in the border provinces, especially Sistan and Baluchestan and Khorasan Razavi (The state-run Hamshahri online News Agency, December 19, 2019).

Fathers usually say they do not have the money to obtain their children’s birth certificates. Without birth certificates, children cannot go to school or be admitted to the hospital, even if they are ill. In an online video, a little girl said she wished she could go to school. A father motioned to his littledaughter, saying, “Because of thalassemia, all her organs are falling apart, one by one. But because she does not have a birth certificate, she is not hospitalized. My daughter is being paralyzed.”

In another part of the video, several girls, sitting on the floor, were asked, “Who does not have an identity card?” Everyone raised their hands. These innocent children are all deprived of the opportunity to study, have a national identity card, or even receive a subsidy.

Based on the new statistics published by the national census organization, the record holders of under-15 marriages in 2017 were the provinces of Zajan with 14.7 per cent, North Khorasan with 12.5 percent, East Azerbaijan with 11.8 percent, Ardabil with 11.6 percent, and Razavi Khorasan with 11.5 percent.

Parvaneh Salahshouri, member of the mullahs’ parliament, had previously announced that early marriages under 15 years constituted 6 percent of all marriages. (The state-run IRNA news agency – January 6, 2019)

Ali Kazemi, advisor to the legal deputy of the Judiciary Branch, announced in March 2019, that between 5 to 600,000 girl children get married every year (in Iran). This figure relates to officially registered marriages and does not include those which were not officially registered. (The state-run daily Entekhab – March 4, 2019)

Poverty is one of the main reasons for early marriages among children, especially girls.

Last year, the official IRNA news agency published a shocking report on the marriage loans and their relation with sale of children in Iran. The report said: “After the amount of the marriage loan was increased to 30 million Tomans in 2019, the number of child marriages under the age of 15 had increased four-fold in some parts of the country. Some families are practically selling their daughters in order to be able to receive this loan. The statistics published by the National Registrar on the divorce of girl children under 13 years show that child marriages were on the rise in the country. Experts believe that this issue has horrible consequences for the future.” (The official IRNA news agency – December 31, 2019)

The Bill to Protect Children and Adolescents

On May 21, 2020, the people of Iran were shocked to learn that Romina Ashrafi, 14, had been beheaded by her father while at sleep. Subsequent news confirmed that Romina’s father knew he would enjoy the backing of the clerical regime’s unfair Judiciary and misogynistic laws before killing his daughter.

Romina Ashrafi’s murder was followed by other ghastly honor killings, which had a significant impact on public opinion, both inside Iran and abroad.

A week later, in response to the mass outrage over the honor killings, Hassan Rouhani, the mullahs’ president, ordered passage of the bill on children’s rights.

The Bill to Protect Children and Adolescents was hastily passed on June 7, 2020, after 11 years of foot-dragging. The bill is actually devoid of any executive guarantees. It fails to address any of the regime’s policies or laws that violate children’s rights in Iran. The bill also falls short of providing any means to ensure the allocation of a budget sufficient to meet the needs of child laborers or child widows.

In addition, the bill fails to include provisions to ensure financial assistance to low-income families to improve their children’s living conditions and education.

Iranian Worker, 45, Sets Himself On Fire Due to Financial Straits