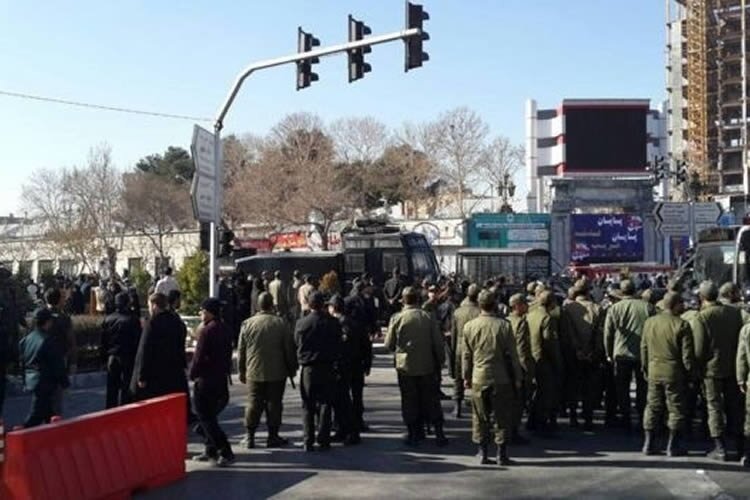 With the rise of popular protests in various Iranian cities, Iranian authorities resorted to threat protesters, and promise decisive measures against Iran protest.

The Tehran Governor’s Deputy on Politics and Law Enforcement said on December 29, 2017 that there will be decisive measures taken against any kind of gathering in Tehran’s squares, according to the state-run IRNA news agency.

“No permits have been issued by the governorate for popular gatherings in the city of Tehran, and if such a gathering is held, the police will decisively deal with it”, Mohsen Hamedani said.

The state-run YJC website on December 30, 2017 also quoted Minister of the Interior Abdul Reza Rahmani Fazli, as commenting on a number of invitations on the internet for people to join the gatherings.

“We had reports in this regard, and these gatherings are definitely illegal”, he said. “The police and the Judiciary have tried to manage (control the gatherings) so that the unlawful gatherings would not turn into an issue of concern”, the Minister of Interior added.