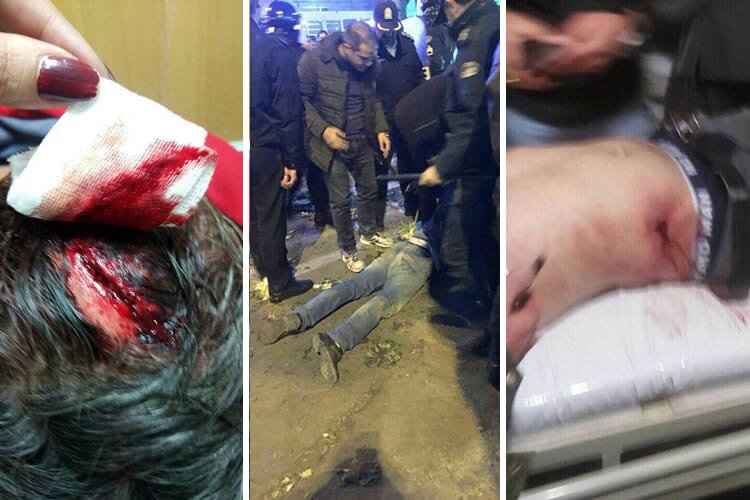 In Tehran, water cannons were used against protesters. A video clip shows the vehicle moving from Tehran’s Vali Asr Intersection to Enghelab Street.

Military and intelligence agencies in Kurdistan also have militarized the province and have stationed riot police and Revolutionary Guards Corps around squares.

Plainclothes agents and RGC forces control the movement of citizens. During the protests, riot police in Kermanshah used tear gas and water cannons against protesters and arrested a number of people.

Unconfirmed reports from inside Iran also indicate security forces in the capital have opened fire on the people. One is reported dead.

A videos posted on social media appeared to show two young Iranian men lying motionless on the ground and covered with blood and a voiceover said they had been shot dead by police. Reports indicate that the State Security Force opened fire on protesters in the city of Doroud in western Lorestan Province, killing six people and wounding the others.

In some videos captured by cellphones, state authorities can be seen in Zanjan, literally jailing people inside shopping centers, preventing them from joining protesters.