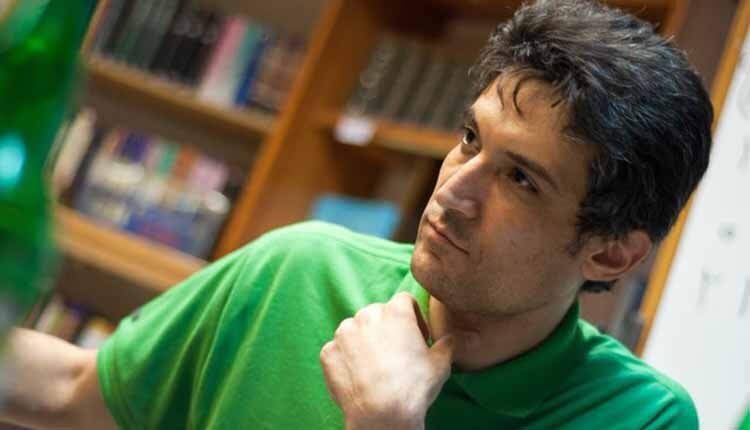 Farhad Maysami, a former publisher of Exam Preparation Books from Ayandehsazan Publishing arrested on July 31, faces new charges, apparently due to possession of human rights books and protesting compulsory hijab laws.
Meysami, who has been kept in the ward 209 of Tehran’s Evin Prison, has embarked a hunger strike after the first interrogation on august 1.
“The reason for the arrest and what they actually told him and the documents they had taken from his house were a few books that they consider illegal. They seized a few copies of the Little Civil Actions and the Book of Human Rights by Mohammad Jaafar Pouyandeh (an Iranian writer, translator and activist most likely murdered during the Chain murders of Iran in 1998) and several badges which read, “I oppose the compulsory veil” or “I protest the compulsory veil.” Based on these, they have leveled a series of heavy charges against him including “assembly and collusion, aiming at disturbing the security of the country through inciting women to appear in the street while removing their hijab,” “spreading propaganda against the state” and “insulting hijab as one of the essential sacraments of Islam,” according to Reza Khandan, a civil rights activist and Nasrin Sotoudeh’s husband.
He explained, “Meysami may be transferred to the general ward from the quarantine ward, although he must be on the provisional arrest because he is not charged yet.”
Farhad Meysami did not have a lawyer during his detention. Even when Arash Keykhosravi, lawyer, and Farhad’s mother went to the judicial authorities, he wasn’t allowed to advocate for Farhad Meysami.