Crackdown on Christians in Iran Continues with eight more arrests 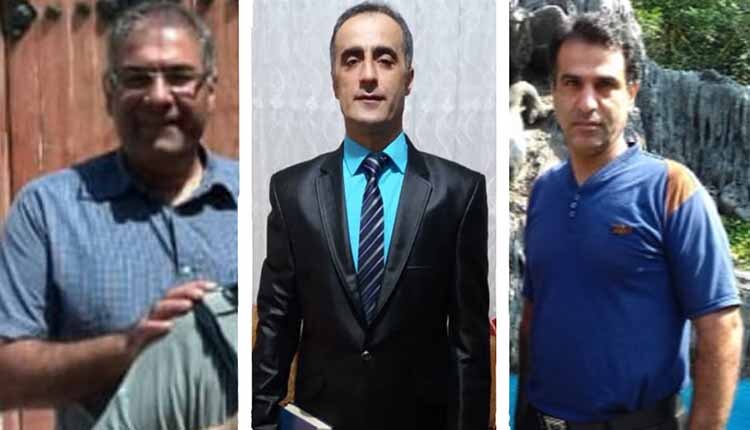 At least eight Christian converts were reportedly arrested in one month in Iran six of whom have been detained in the northern city of Rasht.

Iran’s security officials have arrested three Christians who were leading a house church in the absence of their pastor who is serving a ten-year jail sentence.

During a raid on a non-Trinitarian “Church of Iran” on Sunday, 10 February, in the northern city of Rasht, Ministry of Intelligence agents arrested Abdolreza Ali Haghnejad.

They entered the building shortly after the church service had ended, confiscated mobile phones of church members and took Haghnejad with them. Security agents also visited his home where they confiscated his books and his wife’s mobile phone.

Two weeks previously, on 29 January, fellow church members Hossein Kadivar and Khalil Dehghanpour were detained following another raid.
The two were arrested when Ministry of Intelligence agents scaled the wall of the property where the “house church” service was being held.
While arresting Kadivar and Dehghanpour who were leading the service, agents threatened all other attendees, confiscating their ID cards and mobile phones.

The three men had been leading the church in Rasht since its pastor, Youcef Nadarkhani, was sentenced in July 2017 to ten years in prison for “acting against national security” by “promoting Zionist Christianity” and running “house churches.”

Three other men were arrested on Friday February 15 in a church congregation held in a home. They were identified as Mohammad Vafadar, Mohammad Islamdoust and Kamal No’manian.
They were all taken to unknown locations.

In yet another case plaincloth agents of the Intelligence Ministry in Shiraz, south-central Iran, arrested 64-year-old Christian convert Esmail Maghrebinejad. The agents raided his home and confiscated his personal belonging.

On January 23, 2019, the state security forces violently arrested Sina Moloudian during a raid on his home, physically assaulted him and took him to an unknown location.
According to Moloudian’s family, eight plainclothes officers who introduced themselves as Ministry of Intelligence officers stormed their residence, arresting Sina without giving any reasons or providing a warrant. They inspected the home, confiscated Sina’s computer, mobile phone, Christian scriptures and books.

In another development, security forces called the wife of detained pastor Yousef Nadarkhani and threatened that if she left Rasht, she would be detained.

In a December 2018 report, the Telegraph reported that 114 Christian converts were detained in the span of just one week according to Christian charities.

According to Iranian law, evangelism, missionary work and converting to Christianity can be a crime meriting a sentence of more than 10 years imprisonment.

There is officially no crime known as apostasy in the penal code (although there was a law about it prior to 1994). The last known execution for this crime was in 1990. However, despite there being no official civil law of apostasy, judges may still convict a defendant of that crime if they rule based on religious fatwas.

Reports indicate that the distribution of Christian literature in Persian is currently illegal in Iran.

There is an ongoing crackdown on Christian converts in Iran; in the past several years the Christian community experiences repression in various forms. The Iranian intelligence service (MOIS) closely monitors Christian activity and, together with the Revolutionary Guard (IRCG), has raided Christian gatherings in private homes, arresting all in attendance and confiscating personal property. Those arrested have been subjected to intensive and often abusive interrogation.