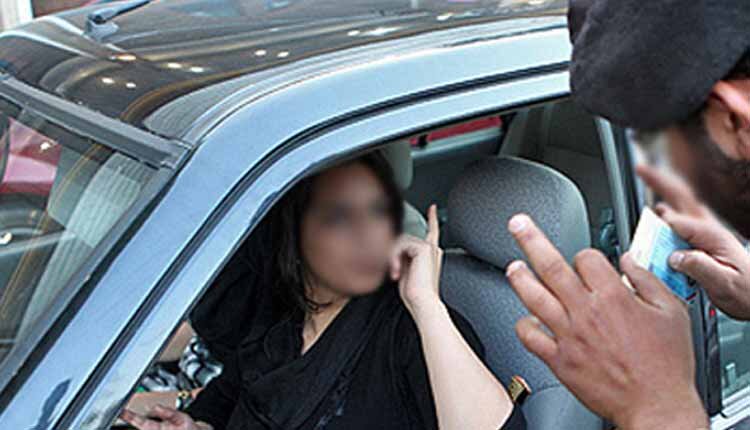 The Moral Security Police of Tehran sent text messages to warn female drivers who take off their hijab (scarves) or ignore the Islamic dress code while driving.

Hundreds of women in the capital city of Tehran recently received phone text messages, summoning them to the “Morality Police” station. After days of uncertainty about the origin of the messages, finally police announced the messages are official warnings.

The women are accused of violating the Islamic dress code, including the removal of their scarves while driving a vehicle.

In an interview with the state-run IRNA news agency on April 25, Hossein Rahimi, the commander of Tehran’s police, stressed that the police are obliged by the law to deal with any illegal action. He added, “The police will identify and deal with vehicles whose passengers remove their veils.”

Regarding the text messages, he added, “Regardless of who takes off the veil in a car, the texts are sent to the car owners and the Moral Security Police holds the owner accountable.”

As for the recipients of the text messages, he noted, “Those who are summoned will be released after committing themselves in writing that they will not repeat the offense. Should the offense be repeated, the accused will be charged and referred to a court of law.”

He reiterated, “The measure by the police is legal and they do not have any qualms about continuing to enforce it.”

The text messaging by the Moral Security Police to summon citizens to the notorious police station on Tehran’s Vozara Avenue for not observing the compulsory veil inside their cars, caused a traffic jam in the area, something that Hossein Rahimi said had been perfectly managed!

On Thursday, hundreds of women accused of driving without respecting hijab law (the Islamic Republic’s dress code) rushed to the “Morality Police” headquarters in Tehran to inquire about the texts. Their presence disrupted traffic for hours at the busy road and streets close by.

One day after the text messaging, Hossein Ashtari, Commander of the State Security Force (SSF), declared, “We will step up our moral security plans and enforce them as strongly as in previous years.”

In remarks carried by the state-run Fars news agency on April 26, he claimed, “The plans are stepped up at the behest of the public and to promote calm and security.”

Iran Arrests Leading Trade Union Activists ahead of May Day