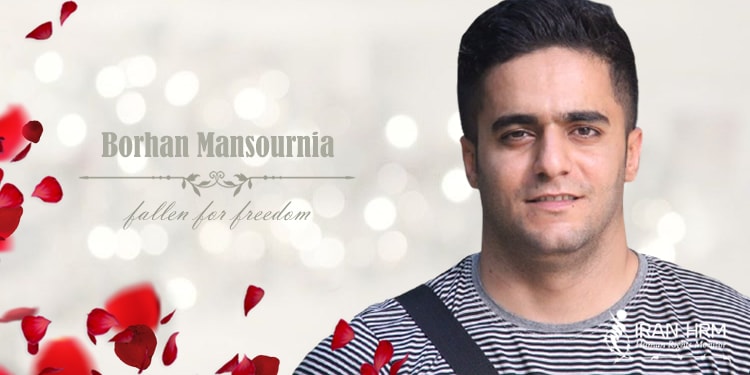 Borhan Mansournia was shot by a bullet during the nationwide protests in the city of Kermanshah on November 16, 2019.
The bullet struck the 28-year-old veterinarian in the back, pierced his stomach and exited the front of his body. He died in a hospital 48 hours later.

But his death certificate stated that he died from internal bleeding without any mention of being hit by a bullet.
Borhan Mansournia was one of the few people who lived to explain what happened to him during the protests. He was able to describe everything to his family.

Although his family members were intimidated into silence, his friends and relatives have revealed everything to the media.

Borhan’s parents had to sign a pledge saying that they would not give interviews or talk to anyone about how their son had been shot. The authorities also pressured the family to claim his as state martyr.