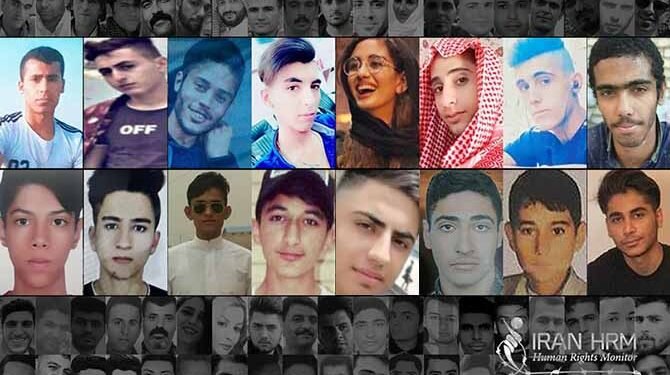 Children killed during Iran protests include:

The crime against humanity, which began with the massacre of unarmed and defenseless protesters in November, is continuing with mass and arbitrary arrests, torture and disposing of prisoners, harassing thousands of families by keeping them in the dark about the fate of their children, cutting off communication, and blocking information. The regime will construe silence and inaction as a green light to continue and intensify its crimes against humanity.
Iran Human Rights Monitor urges The UN Security Council, world governments and the international community to take urgent action to immediately halt the murder and suppression of the protesters.
We urge the United Nations to quickly dispatch fact-finding missions to Iran. The regime leaders must face justice for perpetrating crimes against humanity and Iran protests massacre. Silence and inaction are both a violation of international conventions, laws and standards, and embolden the regime to continue its crimes.