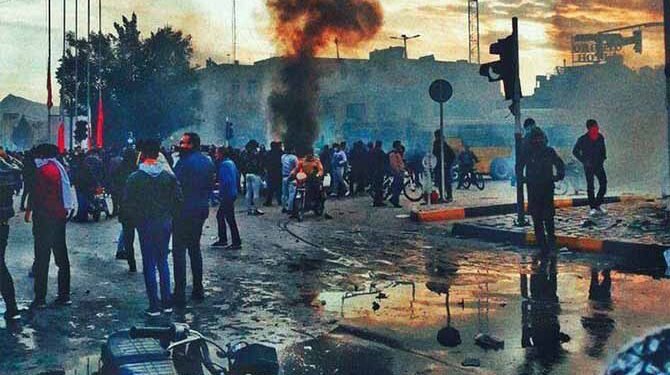 At least 4,000 protesters were wounded during Iran’s nationwide protests that erupted in November over gasoline prices. There have been several reports that security and Intelligence Ministry agents have arrested wounded protesters, some with life threatening injuries.
Hospitals are the main ambushes for the regime to identify and capture protesters. Therefore, the wounded are practically denied enjoying any treatments in hospitals despite the fact that many wounded are in dire need of surgery and care. Talking to wounded protesters, they prefer to suffer at home or even lose their organs, rather than face an unknown and darker destiny.
One protester said, “… security forces targeted me with pellet gun fire. 18 pellets are in my hands and legs, but I could not go to a hospital because they arrested all injured individuals there. Now my right hand’s fingers are numb. There are also some shots in my right foot’s joint and my left elbow.”
Another witness from Tehran reported, “One of my relatives was hospitalized in Tehran’s Labbafinejad hospital… There were three wounded protesters shot by shotgun in my relative’s room under treatment, but security forces apprehended the three!”
The regime has also arrested at least 12,000 and is continuing to hunt more protesters.
According to reports from Iran, Maryam Payab shot in the back on November 16, 2019, in the protests over fuel price hike in Behbahan, was arrested at 10 p.m. Thursday, December 19, 2019, by agents of the State Security Force Intelligence in Behbahan.
Her family said she had been operated on in a hospital in Behbahan and released after three days.