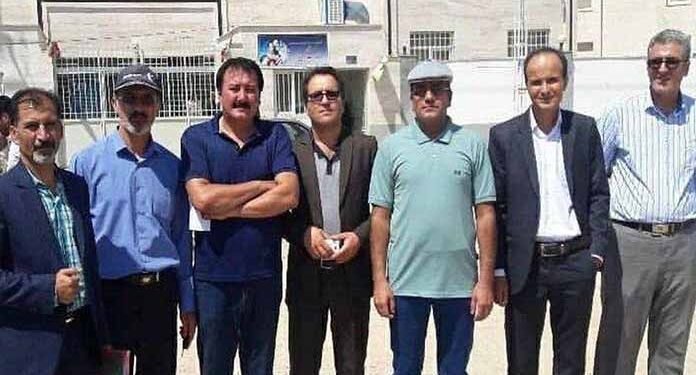 An Appeals Court has sentenced seven Iranian teachers from North Khorasan Province for participating the nationwide teachers’ strike in 2018.

According to the Council Of Teachers’ syndicates, a Revolutionary Court had sentenced the the seven teachers to a total of 41 years in prison as well as lashes, cash fines and deprivation from political activities.

Teachers across Iran had organized and held strikes on several occasions in the last two years.
Iranian teachers were demanding better wages, free education, respect for the rights of minorities and the cancellation of several government plans that further put strain on the already poor living conditions of Iran’s education workers.

The striking teachers were also demanding the release of several teachers’ rights activists jailed by the government for defending the rights of teachers.

One three occasions in 2018, in May, October and November, the teachers’ strike lasted several days.

In December 2018 , teachers and students held undeclared demonstrations in Hamedan and Kermanshah.
On December 17, 2018 security forces attacked a teachers’ gathering in Isfahan with tear gas. The teachers were protesting low salaries and the arrest of their colleagues in previous strikes.

A few days later, similar protests erupted in Yazd and Isfahan.
Isfahan teachers continued their demonstrations for several days despite a heavy crackdown by the regime. Security forces attacked the teachers with batons and pepper spray.

Teachers have held protest rallies in various cities several times since January 2019 and scores of them who were arrested are awaiting their trials.