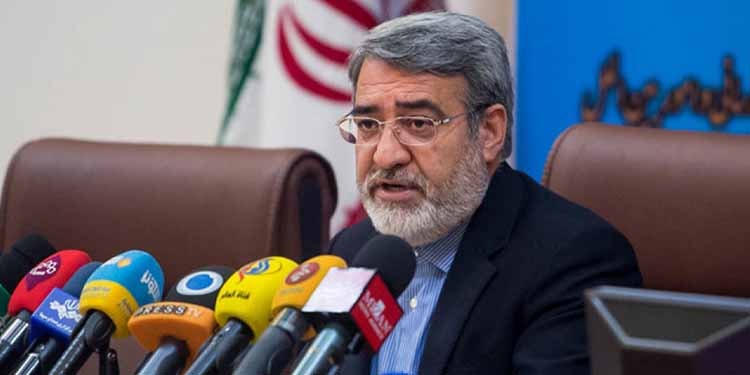 Nearly seven months after Iranian authorities killed at least 1,500 protesters in November 2019, a senior regime official for the first time admitted to the killing of around 200 protesters.
While downplaying the real number of the November protest death toll, the regime’s interior minister Abdolreza Rahmani Fazli said on May 30 that the number of those killed was around 200.
In an interview with the state TV Saturday night Fazli said: “They (enemy) announced that 10,000 people were killed, 8,000 were killed, 7,000, 6,000. They even mentioned 2,000. God willing, we will announce the figures in the next few days. The fatalities are not in these ranges at all. I want to say that 20 percent of the toll, somewhere between 40 and 45 of the victims have been registered as martyrs. They were innocent and happened to be in streets and were killed by such weapons and such tactics that none of which are deployed by the State Security Force or other government apparatus.”
Thus, Rahmani conceded that the regime murdered more than 80 percent of the victims.
Acknowledging the regime’s unprecedented shut down of the internet, the regime’s Interior Minister underscored the massive dimensions of the November protests, “They say that Rahmani cut off the Internet during those nights. Of course, I did because they provided training and commanded the field via the Internet… The reason they are upset is that they wanted to initiate a civil war. For several months then, we, as the country’s security officials, had been surveilling them … The price of gasoline provided an opportunity for this to flare up … If there was a broad dimension and social context, it would have been much bigger than this… They wanted to disrupt the country and cause insecurity, turn this to another Syria… Maintaining security is important for all of us, and is the basis of all activities.”
At least 1,500 Iranians were killed with more than 4,000 injured.
The Iranian regime has still not announced the number of Iranian civilians killed during nationwide protests that erupted in mid-November after the regime tripled the price of gasoline.
“The number of those killed during the incidents of November will be announced after thorough investigations and after they are separated (into various groups)”, Montazeri, Iran’s chief prosecutor said on December 20.
By various groups, Montazeri means that they are classifying slain Iranians into protesters and non-protesters to claim that the regime did not indiscriminately gun down Iranians on the streets.
In the past seven months the regime officials have repeatedly claimed that some protesters killed other protesters with guns that did not belong to government forces; something officials tried to argue during the crisis in November.
As reported by Etemad daily on December 17, 2019, when asked why demonstrators were shot in the head and Was it not possible to shoot at them, at least in their lower parts of the body? Rahmani brazenly replied, “Well, shots were also fired at their feet!”