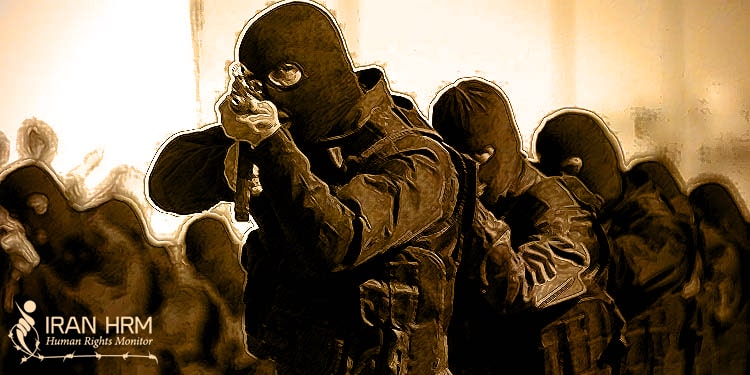 September saw the third wave of the coronavirus sweeping across Iran. The scale of the disaster is such that the regime is no longer able to deny it. The Iranian regime’s deputy Minister of Health asserted: “The situation we have is beyond the wave. We are engulfed in a stormy sea. It is meaningless to speak of different color zones. The entire country is in the red zone.”

The regime has been trying over the past months to fend off anti-regime protests by deliberately sending people to their death by early opening of businesses, and the reopening of schools without providing the necessary hygienic equipment and sanitary facilities. Seemingly, this tactic has not worked out as the regime has failed to contain the volatile society.

IRGC seeking to secure presence in every neighborhood

In step with the growing social disgruntlement, the Iranian regime officials have resorted to new means of imposing repression. The IRGC put up a show of force by announcing formation of “hit squads” and “Bassij local patrols” to preserve the “security of neighborhoods.”

Mohammad Yazdi, Commander of Tehran’s Mohammad Rasoul-ollah Corps, announced on September 14, that they had formed “hit squads” to patrol various neighborhoods and districts in Tehran. He said they would use the potential of Bassij bases to this end.

Based on this news, it seems that the IRGC is planning to increase its presence in various districts and neighborhoods. In this way, it is preparing to prevent the eruption of major anti-regime protests by crushing the first nuclei at their inception in a neighborhood.

In the southwestern province of Khuzestan, the IRGC announced in a statement issued in the evening of September 15. It declared that new security patrols called Razaviyoun will soon start their work in Ahvaz and all cities across the province.

The clerical regime’s officials say that Khuzestan Province and its capital, Ahvaz, top the list of regions where gatherings and calls for protest, particularly by workers and other working sectors, have increased over the past year.

Humiliating the youth, another means of terrorizing the public

September also saw an appalling show of inhuman and humiliating treatment of people by parading them in the streets of Tehran.

It is all but clear that the regime is seeking to escalate the atmosphere of fear and terrorize the public because of the volatile social and political situation.

The experience of widespread protests in recent years which have targeted the regime’s top leadership however attest that the mullahs have not succeeded in pushing back the protests. On the contrary, their own forces are terrified.

On September 1, 2020, the Interior Ministry’s deputy for security and order, Hossein Zolfaqari, announced that the number of general calls for protest in Iran had increased three-fold compared to the previous year.

Zolfaqari said “there were 519 calls for protest in the first five months of the previous year, while in the same period this year, there have been 1,702 calls which is a 227 percent increase.”

21 executions in September included a wrestling champion turned protester, two women, a juvenile offender, a man whose verdict had not been upheld for 29 years

The Iranian regime continued to execute more people in September, seeking to repress and terrorize a volatile society.

The Iranian regime executed national wrestling champion Navid Afkari on September 12, 2020, turning a blind eye on all the domestic and international appeals to stop his execution.

Immediately after the announcement of the execution of Navid Afkari, the mullahs’ Judiciary Chief Ebrahim Raisi tweeted, claiming responsibility for carrying out the verdict on the personal order of Ali Khamaenei. Raisi who is notoriously known as the “1988 murderer” when he was a member of the Death Commissions ordering the massacre of 30,000 political prisoners, shamelessly boasted of acting to fulfill “the rights of people” and of granting the wishes of the “owners of the blood.”

The execution of Navid Afkari, however, provoked a wave of outrage all across the country as well as in the international community.

The Iranian regime executed at least 21 persons in September. The victims included two women and a juvenile offender.

At dawn on Sunday, September 20, 2020, prison authorities carried out the death penalty for a young man by the name of Mo’ayyed Savari. He had been detained since 2016 in the Prison of Ahvaz on the charge of murder. Born in 1999, he was accused of committing murder in 2016, when he was only 17.

Another shocking case among those executed was that of Mo’in Salavarzi Zadeh, 55. He had been detained 29 years on the death row before being executed. Twenty-nine years after being arrested allegedly for killing his brother, his death verdict was upheld by Branch 13 of the Supreme Court on September 7, 2020.

“My father has been condemned to death after 30 years,” said Mr. Salavarzi Zadeh’s son. “We are under the poverty line. We did not afford to hire a lawyer. This verdict is very unfair, oppressive and utterly unjust.”

Further statements by the young man revealed how unfair the trial had been as they deprived the accused of the right to defend himself. Mr. Salavarzi Zadeh’s son pointed out, “They kicked me out of the trial session. They said you cannot say anything. And then they did not allow my father and his lawyer (appointed by the court) to defend him before the Supreme Court.”

Four men were ordered to have four fingers on their right hands amputated. The sentences against the four men, Hadi Rostami (33), Mehdi Sharfian (37), Mehdi Shahivand (42) and Kasra Karami (40), have been upheld by Iran’s Supreme Court and referred to the Centre for the Implementation of Sentences. The sentences may be carried out at any moment.

The prisoners previously claimed that they were forced to confess under torture, and one of the prisoners, Rostami cut his wrists in June to protest the upholding of his sentence earlier this year.

Persecution of religious minorities in Iran continued in September.

In at least three cases this month, Sunni citizens and clerics were targeted for arrest, summoning, and interrogation.

At least 35 members of Baha’i religious minority have been arrested, tried, and prosecuted solely for practicing their faith.

Meanwhile, at least six Christian converts were summoned or sentenced to prison and exile.

An Iranian court in southwestern Iran took away the custody of the 2-year-old adopted daughter of an Iranian Christian couple last month. Maryam Falahi and Sam Khosravi adopted Lydia when she was just 3 months old. The Bushehr Court of Appeals said on September 22 that the child was born to Muslim parents and therefore a Christian family could not adopt her.

the judge presiding over the Bushehr family court initially said on July 19 that 2 year old Lydia had a strong bond with her Christian parents, adding that the child, who has serious health issues, would have “an unknown future” if returned to the orphanage. The judge also said that due to her health issues, the chances of another family adopting her was “zero”.

Lydia suffers from heart and digestive problems and the Welfare Origination, through which children are adopted, had not informed the Iranian Christian couple of her health issues. Despite this, they tried their best to care for her. A supervisor at the Welfare Organization and forensic medicine also confirmed that during this time, Maryam Falahi, a nurse of several years at the Bushehr Cardiac Hospital and her husband, had taken very good care of Lydia.

On Saturday, September 26, Iranian authorities ordered the residents of six border villages near the city of Sardasht, Kurdistan province, to relocate and forcibly evacuate their hometowns. These villages are Nokan, Harzaneh, Gaki, Bardan, Gooreh Shir and Tit Sofla.

According to the order, the residents of these villages must leave their residence, which is located in the red border area, immediately. The regime has offered no solution to the people who will now be homeless.

State security forces attacked a group of citizens in the county of Likak, in Bahmaei district, southwest Iran, and open fire on them, according to reports obtained on Sunday, September 27.

The clash occurred when traffic police in Likak, Kohgiluyeh and Boyer-Ahmad province, wanted to fine a driver. Security forces assaulted the driver after he protested. People who witnessed the clash came to help the driver, but police opened fire and shot tear gas at them.

The security and regulations committee of Bu-Ali university in the city of Hamadan, western Iran, summoned 15 students, according to a September 26 report by the state-run Etemad website. According to state-run media, the students were summoned because they held rallies last year and chanted anti-regime slogans.

The news comes on the heels of increased repression against students and activists and the issuance of heavy sentences to intimidate potential protesters.