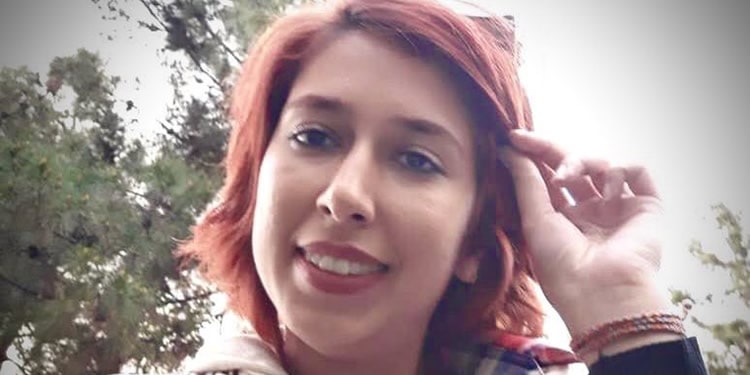 Jailed women’s rights activist, Saba Kord Afshari went on hunger strike since May 8, to protest the regime’s increasing pressure on the families of political prisoners, including her mother, Raheleh Ahmadi, who is also in prison.

She demands that her mother be released from Evin Prison.

The imprisoned civil activist called her family members on Saturday to announce that she had started a hunger strike and informed prison officials of her decision.

Saba Kord Afshari has several times suffered stomach ulcer bleeding. So, her hunger strike has caused serious concern for her family. With the start of hunger strike, the civil activist is suffering from severe stomach pain.

Kord Afshari went on hunger strike to protest increasing pressure on her family and the families of other political prisoners and the authorities’ opposition to the release of her mother Raheleh Ahmadi, who is currently struggling with various illnesses in prison and should be treated and operated on outside of prison as soon as possible.

Kord Afshari suffers from a stomach ulcer and other GI problems. She was taken to hospital in July and August 2020 but returned to prison before doing her tests.

The activist was transferred out of the women’s ward of Evin Prison and banished to Qarchak Prison on December 9, 2020.

On January 26, 2021, authorities beaten and dragged her to Ward 6 where common criminals are being held, telling her that she did not deserve to remain in the company of other political prisoners in a separate ward.

It was reported that she had contracted the Covid-19 while imprisoned in Ward 6 of Qarchak.

Iranian authorities arrested Saba Kord Afshari in June 2019 and sentenced her to 15 years in prison on national security charges related to her removal of her hijab in public.

Raheleh Ahmadi has been imprisoned since February 15, 2020. She was arrested to put pressure on her daughter and is sentenced to 31 months in prison.