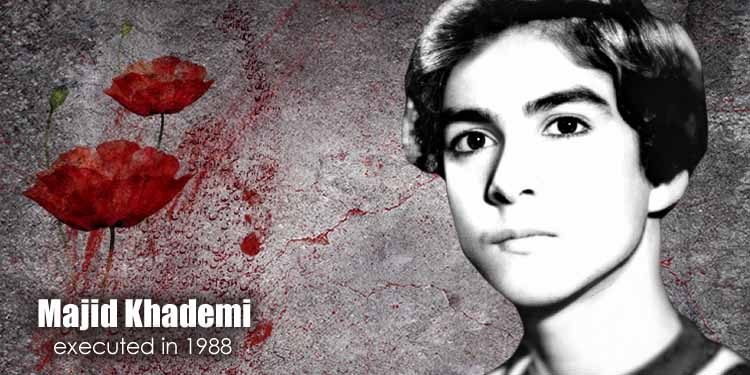 Majid Khademi was born in 1967 in Golpayegan, one of the cities of the central Iranian Isfahan Province.

He was studying the 7th grade when he was arrested. He spent his prison term in the Dastgerd Prison of Isfahan, and executed on August 6, 1988.

An account about Majid Khademi states: “Majid got acquainted with the People’s Mojahedin Organization of Iran (PMOI/MEK) after the anti-monarchical (1979) Revolution. Since the outset, he was an active supporter in his school. He was expelled from school in 1981 for his activities. Then, the Revolutionary Guard Corps arrested him for taking part in the (anti-regime) demonstration on June 20, 1981. He spent 9 months in the Prison of Golpayegan. He was subsequently transferred to Dastgerd Prison, and later released temporarily.”

In 1987, he was rearrested in Zahedan, capital of Sistan and Baluchestan Province, on the southeast border, as he was attempting to leave the country to join the National Liberation Army.

A firing squad executed him and another 700 of Isfahan’s prisoners on August 6, 1988. He is reportedly buried in section 17 of Isfahan’s Bagh-e Rezvan Cemetery.

Two of Majid’s brothers, Alireza and Hossein Khademi, have been also killed by the Iranian regime. Alireza was 22 and a student. He was killed in autumn 1982 in Tehran. Hossein was executed by a firing squad in Kerman in October 1988.