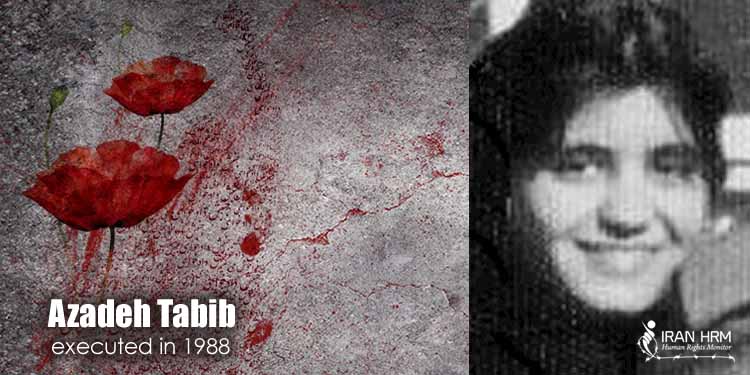 Azadeh Tabib was born in 1965 in Tehran, Iran. She had finished high school and was only 19 years old when she was arrested in 1984. One of her friends said they took Azadeh to 7th branch of integration under severe torture

At that time, the mullahs often tortured political prisoners and arrested activists to obtain information about other activists or to force them to renounce their ideas and cooperate with the regime.

After being tortured her kidneys were infected, her sight seeing, and her hearing was poor.

One painful infected mark for Azadeh was the remaining wires in her foot when she was beaten with lashes. She was in much pain, and there was no treatment in prison. Unfortunately, the guards didn’t allow her to be treated outside prison. For her treatment, they transplanted her skin from her legs onto her feet. She remained strong with good sprits.