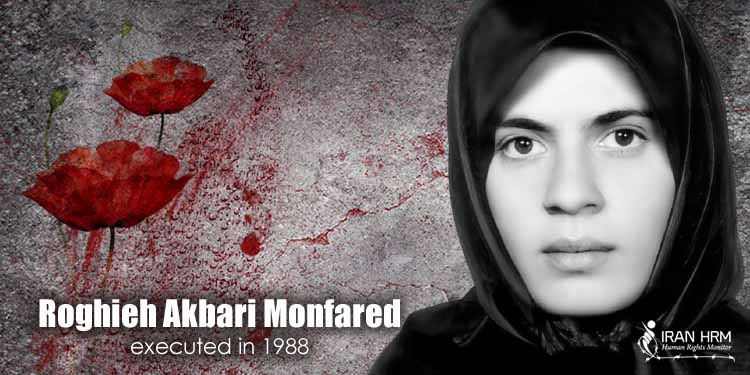 Roghieh Akbari Monfared was sentenced to eight years in prison.

However, she was executed in August 1988 near the end of her prison term.

Her younger brother, Abdolreza was also among the political prisoners who faced the 1988 massacre. He had already completed his original three-year prison sentence but was never released.

The Iranian regime verbally informed the family that their children were executed, but has never revealed their place of burial.

In an open letter seeking an official investigation into the 1988 leaked from Evin prison in October 2016, Maryam Akbari Monfared, the younger sister of Roghiey wrote: “Three of my brothers and one of my sisters were executed in the 1980s… My youngest brother Abdolreza was 17 years old when he was arrested for distributing PMOI literature and sentenced to three years in prison. The authorities refused to release him for years after he completed his sentence and executed him in 1988… My other brother Alireza was arrested on 8 September 1981. He was tried and executed 10 days later… On the seventh night of mourning for my brother Alireza, security forces raided our house and arrested a number of guests as well as my mother and sister, Roghieh. My mother was released after five months but my sister was sentenced to eight years in prison. She was executed in August 1988 while she was just a year away from the end of her sentence.”