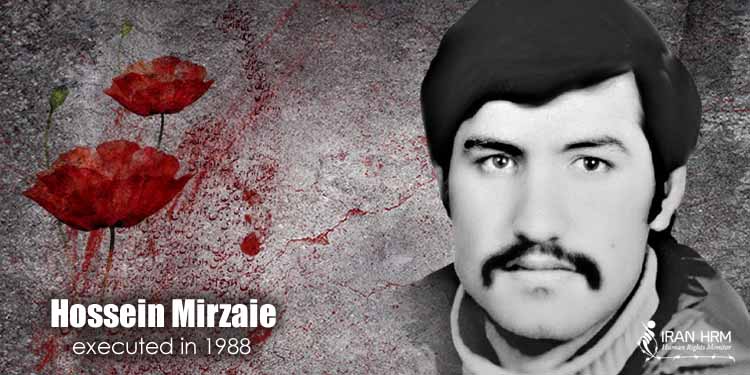 Hossein Mirzaie was born in 1955 in a village in Hamedan, Iran.

He was accepted into a university in 1974, then he started his peaceful political life with student’s movements. This is when Hosain learned about PMOI, he was imprisoned for a short time for his activities that time. After the 1979 revolution in Iran Hosain continued his political life with PMOI’s student movement.

He was arrested in 1981 despite his peaceful movements and sentenced to 17 years in prison. In prison, he continued his political life with contacts and promoting moral life of other prisoners but for that he was under more pressure and tortures.

Hossein was tortured time and time again, not only for information from outside prison but also for his involvement inside prison. Hossein was eventually executed along with his sister Masomeh Mirzaie and his younger brother Mostafa Mirzaie in the summer of 1988 massacre. He stood firm on his principles and believes in front of Death Board Members.