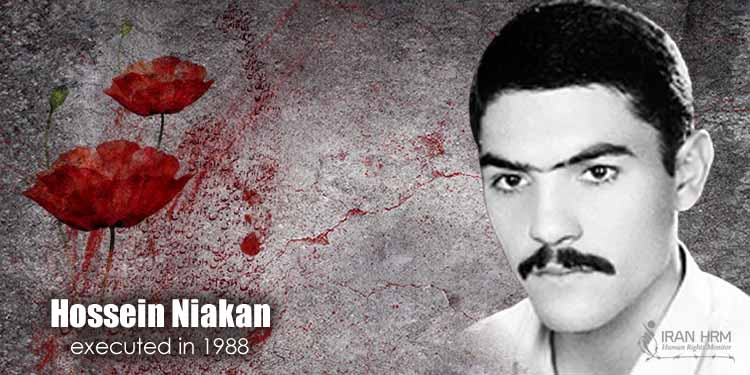 Hossein Niakan was born in 1963 in Tehran, Iran.

He was 15 when he learned about PMOI through his uncle a fallen hero, Heidar Niakan. His uncle was a political prisoner during the Shah’s era in Iran. Hosain was a student and a peaceful political activist.

He was arrested in 1981. Hosain was detained in Evin and Ghazal-hessar prisons until 1985.

After he has been released, he tried to contact PMOI and for that was arrested again in 1985 and sentenced to 5 years in prison.

In 1988 while he was serving a 5-year sentence, he was hanged in Karaj prison. His sister Zahra Niakan was also executed in 1988 massacre, at the same time in Urmia, Iran.