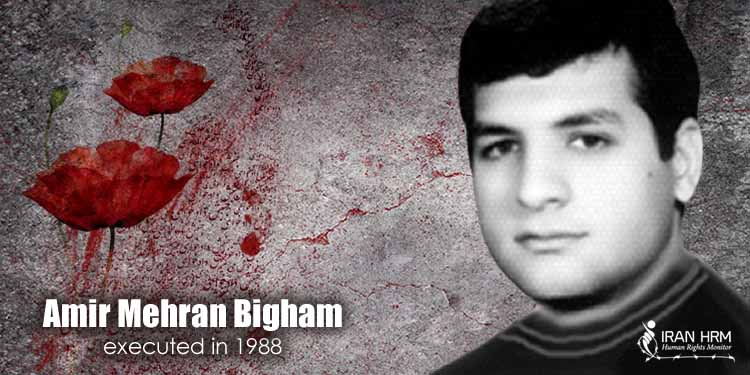 Amir Mehran Bigham was born in 1963 in Tehran, Iran.

He was arrested in 1982 for a peaceful demonstration in Karaj. After a few years he was released but he was arrested again in 1987. One of Mehran’s inmates and friend wrote to his family:

“We were in contact with Amir Mehran every day, he was detained in a solitary confinement on the second floor of Gohardasht prison. The first time he called up on us we were not sure if it was him. He was able to see us from up above the bars, but we couldn’t see him. We asked “are you Mehran? What song did you usually sing for us?” Then he sang that song and we knew it was him.“

He explained that when the guards found that his family knows where about Mehran is they even tortured him more to find how his family learned about his location.

Amir Mehran Bigam eventually was hanged in the 1988 massacre in Gohardasht prison.