Haidar Ghorbani roasted like a chicken and hung from the ceiling, cellmate reveals 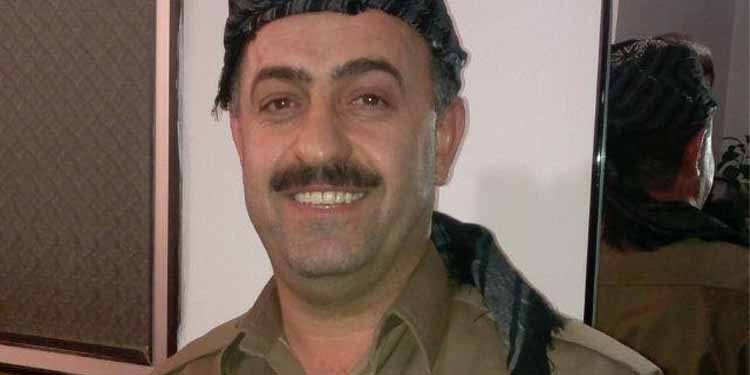 Ebrahim Yousefi was incarcerated in the Prison of Kamyaran on financial charges.

Political prisoner Haidar Ghorbani was severely tortured in 2017. He is presently on the death row and in danger of imminent execution due to false confessions extracted from him under torture.

“I met Haidar in the winter of 2017. He had been tortured for three months at the Department of Intelligence. The scars of torture on his left thigh were like three eggs. One could see injuries on both of his wrists and on his throat. He could not talk and constantly coughed. He said they roasted him like a chicken and hung him from the ceiling. He had been badly tortured.”

Ebrahim Yousefi also explained about how they extracted confessions from Haidar. “Every night, Haidar came to the ward at ten o’clock. I asked him about where he was. He said, ‘they take me for interrogation and want to make a film.’ They filmed him every night and forced him to confess. As far as I can remember, one of the torturers was Mr. Karimi, who was the head of the Sanandaj Intelligence Office. He harassed and hurt Haidar very much. He took films from him every night and forced him to make false confessions.”

The Justice Department of Sanandaj recently rejected the Supreme Courts request to review the case of Mr. Haidar Ghorbani. His death sentences has been referred to the Office of the Implementation of Verdicts in Kamyaran.

Mr. Ghorbani’s brother, Hassan, said: “According to Article 477, we had told the Supreme Court that Haidar Ghorbani was sentenced in violation of Shari’a and law. They submitted his case to the General Court of Sanandaj for review. I went to the Sanandaj Attorney General’s Office on Monday, August 9, and they said that we rejected your request and sent the verdict to the Office of the Implementation of Verdicts in Kamyaran.”

Haidar Ghorbani, 47, comes from Bezush village in Kamyaran, Kermanshah province in western Iran. He was arrested by security forces on October 11, 2016, while returning home.

Haidar Ghorbani was sentenced to death by the First Branch of the Revolutionary Court of Sanandaj, on January 28, 2020, on charges of cooperation and membership in the Kurdistan Democratic Party of Iran.

Haidar Ghorbani had not been in contact with his family for three months, and a few months after his televised confession was released, they were able to speak to him on the phone for the first time.

Branch 27 of the Supreme Court issued a death sentence for political prisoner Haidar Ghorbani on August 6, 2020. His appeal was turned down. Mr. Ghorbani is accused of killing several members of the Revolutionary Guard Corps on September 30, 2016.