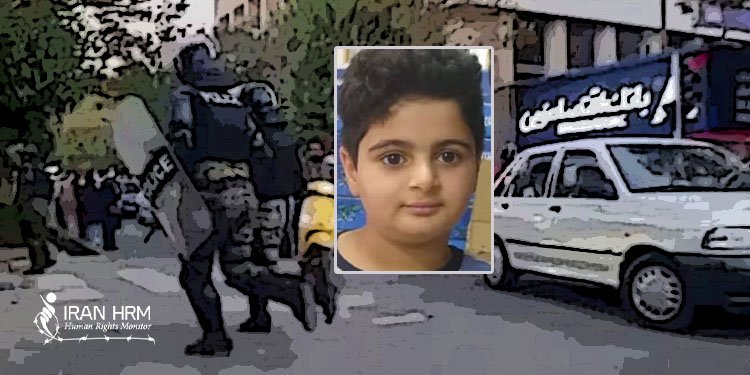 On Wednesday night, November 16, as Iranian protesters commemorated November 2019 uprising for the second day, they witnessed crime against humanity committed against the people in Izeh.

State security forces and the Revolutionary Guards (IRGC) opened fire on the protesting people in many cities and severe clashes took place. A number of people were killed and some injured.

Heavy clashes occurred in the Shadabad Iron Market in Tehran, where security forces fired live bullets and tear gas at people. Dozens of people were killed and wounded.

Security forces clashed with demonstrators In Ilam, Mehran, and Shahriar.

Plainclothes agents raided protesters in Izeh, Khuzestan province in southwestern Iran. In which many people committed were killed and injured as the Iranians authorities perpetrated crimes against humanity.

A 2-year-old child was among those killed, as well as 10-year-old boy Kian Pirfalak. He was shot and killed whilst inside their car and just passing by.

Iran’s authorities are using plainclothes officers to suppress and open fire on defenseless people. Sending officers to protest scenes in plainclothes is used to cover up the ongoing massacre of the people. Iranian authorities want to claim the killing carried out by the protesters themselves and not by its own forces.

A number of protesters killed by security forces

Many protesters died during security forces’ attacks on November 15, 2022. Among those killed was Fouad Mohammadi. He was a resident of Kamyaran county in Kurdistan Province.

In the funeral ceremony held for Fouad Mohammadi on November 16, 2022, another young man, Burhan Karami, was also killed by direct firing of security forces.

Other protesters’ names who have been killed during November 15 protests are; Saman Qaderi Beigi in Bukan, Milad Saeedi in Shahsavar, Isa Biglori and ZanyarAllah Moradi in Sanandaj, and Saeed Asadi in Bojnord.