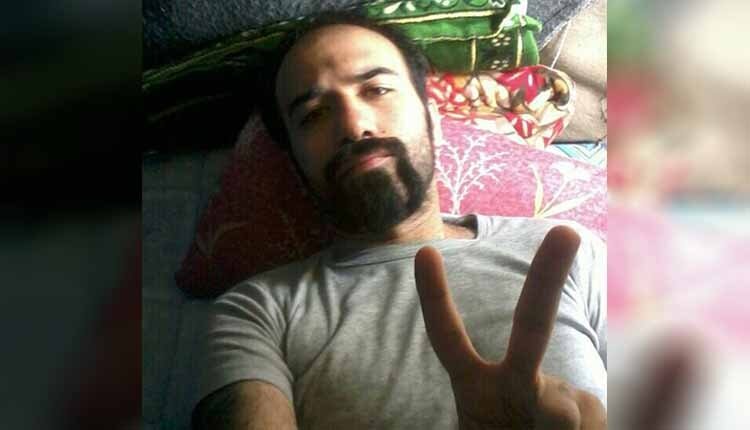 Political prisoner Soheil Arabi was brought out of his ward on April 22, 2020, and taken away to an unknown location.

It is said that he has been transferred to one of the IRGC detention centers, but officials have yet to confirm this news.

A week of uncertainty over Mr. Arabi’s fate has worried his family. The authorities’ silence in this regard has added to his family’s concerns.

Earlier, April 14, IRGC’s Intelligence forces had transferred Mr. Arabi to an IRGC detention center in Tehran, but was returned to the Greater Tehran Penitentiary on April 19.

Mr. Arabi has been on hunger strike for more than month, to protest the authorities’ failure to deliver on their promise to send him to a civic hospital. He is also protesting the unsuitable conditions in prison, his continued detention and being deprived of prison leave.

Political prisoner Soheil Arabi started his hunger strike on April 4, 2020. He is in dire health conditions. On Friday night, April 10, his blood pressure suddenly dropped. He had seizures and subsequently went unconscious. He was transferred to Tehran’s Firouzabadi Hospital, but returned to prison the next morning. Doctors warned against the danger of Mr. Arabi going into a coma.

Prison authorities claim that they have lost Mr. Arabi’s medical file. They took new blood and urine tests from him.

Prison authorities have repeatedly prevented treatment of Soheil Arabi to add to his suffering in prison.
In April 2019, he was beaten up in prison and suffering physical damage.
His illness has aggravated after nine months of denial of medical care. Infection has spread in his body and he has severe pain.
Soheil Arabi explains about his illness: “After writing and publishing an article about the conditions of prisoners detained in ward 1 of the Greater Tehran Penitentiary, I was transferred to Ward 1A of the IRGC Sarallah Garrison. The interrogator there got mad after asking a few questions and kicked me hard in the testicles. When I came to, I was in Firouzabadi Hospital. The physician told me that I had suffered a blunt trauma for which I must be operated on as soon as possible to remove my left testicle. After eight months, however, I have not been sent to hospital. Infection has spread to other parts of my body and I feel severe pain in the legs.”