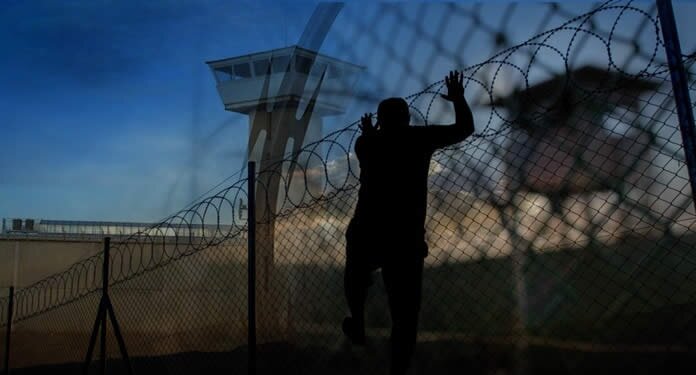 Inmates at the Urmia Prison torched their blankets and set fire to the “secure section” on May 12, to protest over fears of contracting the coronavirus.

According to informed sources, 150 prisoners are kept in the section which has the capacity for only 50 prisons. Prisoners are held in crammed conditions with only one restroom and shower for 90 prisoners.

The spread of COVID-19 in the prison has led to the death of seven prisoners and more than 100 infections so far, according to Kurdish human rights groups.

On the morning of Thursday, May 7, 2020, one of the inmates of the Urmia Prison by the name of Fereydoun went unconscious and fell in the courtyard.

The inmate had been abandoned lying on the floor for hours and not being able to breathe. Only after prisoners protested, he was taken to the prison’s infirmary and subsequently to a hospital because of his critical conditions.
Three other inmates in wards 2 and 3 are also reported ill. Despite repeated referrals to the prison guards and the prison manager, they have done nothing to help the sick prisoners.

Thousands of inmates in at least eight prisons around Iran have staged protests in recent months over their fears about potentially contracting the virus while incarcerated.

In several prisons, according to Amnesty International, the authorities used live ammunition and tear gas to suppress protests, killing at least 35 prisoners and injuring hundreds of others.

Despite acknowledging that the prison riots were linked to prisoners’ concerns over the spread of COVID-19, prison officials have done nothing to improve the situation.

This is while human rights organizations reported several cases of COVID-19 contagions, and even deaths from the virus in Qarchak Prison, near Tehran, Urmia Central Prison, Sheiban Prison, Tehran’s Evin Prison, the Greater Tehran Penitentiary, and Mashhad’s Vakilabad Prison in northeastern Iran.

Iran’s judiciary announced in March that it had given amnesty or furloughs to many prisoners to prevent COVID-19 contagions in prisons.

But most political and non-political prisoners were not allowed amnesties or furloughs.

Since March, many prisoners who were released have once again been returned to prison, aggravating the already horrid conditions in Iran’s notorious prisons.