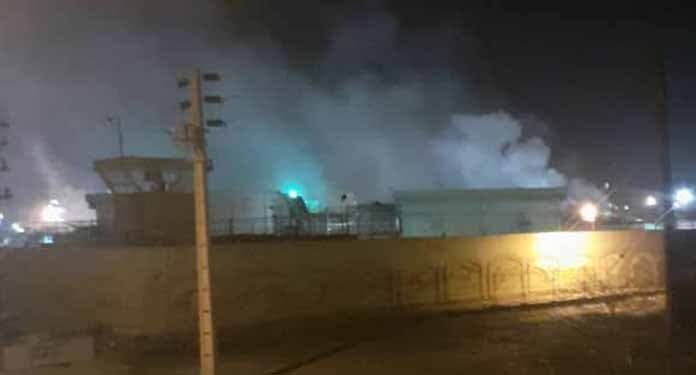 Following the coronavirus related riot in Sepidar prison of Ahvaz in southwest Khuzestan Province, authorities have cut off water in this facility.
Considering the ongoing coronavirus outbreak in Iran’s prisons, this inhumane measure places inmates before a serious threat of getting the coronavirus.
The judiciary officials have told the inmates’ families that there will be no furlough following the recent protests and riots inside the prison. The ban includes female prisoners as well.
On March 30, inmates of Sepidar Prison in the city of Ahvaz, in southwestern Khuzestan province, launched a riot to protest over COVID-19 safety fears and the authorities’ failure to respond to their demands for temporary leave.
Videos posted to the internet showed smoke rising from prison compounds, sometimes with the sounds of gunfire in the background.
Dozens of prisoners have died in the coronavirus related riot.
Amnesty International said it feared around 36 prisoners have been killed by Iranian regime enforcers attempting to suppress uprisings in at least eight prisons around the country.
Citing sources inside Iran, Amnesty alleged live ammunition was used to quell protests by detainees fearful they would become sick with Covid-19. Amnesty cited at least one case in which a prisoner was possibly beaten to death.
“It is abhorrent that instead of responding to prisoners’ legitimate demands to be protected from Covid-19, Iranian authorities have yet again resorted to killing people to silence their concerns,” Diana Eltahawy, of Amnesty International, said in a statement in which the group called for an independent probe into allegations of the torture and death of those in custody.

All residents of a neighborhood in southwest Iran contract coronavirus