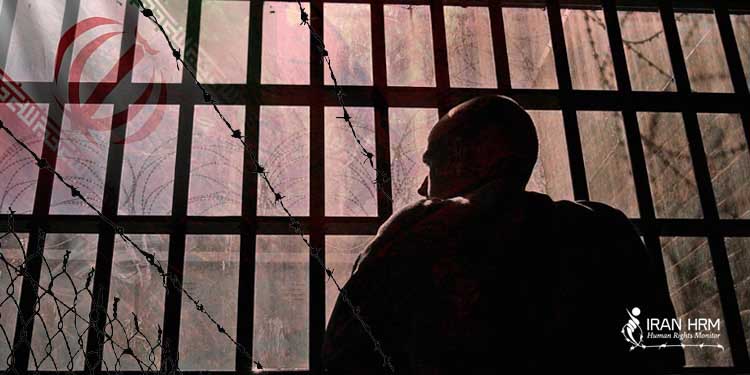 Torture is one of the most inhuman methods of extracting confession and imposing pressure on dissidents. This method has been systematically used in prisons during the rule of the mullahs’ regime.

Torture has been used in an organized manner in all prisons and detention centers. Torture is inflicted on prisoners in various ways including flogging, depriving of sleep, beating, threatening with painful murder, threatening to kill members of family, insults, humiliation, etc.

On numerous occasions, interrogators have used batons and stun guns to brutalize the accused.

In 2020, the intelligence services have used torture as a common practice to force detainees to surrender and make false confessions.

In many cases over the past year, such forced confessions have led to death sentences which were carried out in a number of instances.

Amnesty International published a report in September revealing some of the methods of torture used against detained protesters. They included “stripping detainees and spraying them with cold water, and subjecting detainees to extreme temperatures and/or bombardment of light or sound; forcible extraction of the nails from fingers or toes; pepper spraying; forced administration of chemical substances; using electric shocks; waterboarding; and mock executions.”

Torture and ill-treatment under interrogation

Torture and ill-treatment of prisoners is a common practice in the detention centers of the Ministry of Intelligence and the Revolutionary Guard Corps. Beating of prisoners, throwing objects and the chair at the accused, lengthy solitary confinement, and flogging the soles of feet by cables are among the common torture methods.

Navid Afkari who had been arrested during the protests in 2018 was viciously tortured in detention. Later in an audio message, he stressed that “confessions” had been extracted from him and his brother under torture. His dossier included a document by the Coroner’s Office confirming Navid Afkari’s statement.

Afkari was a wrestler and winner of several national championship medals. He was executed on September 12, 2020, based on those very confessions.

Political prisoner Mostafa Salehi who was executed on August 5, 2020, was savagely tortured during two years of detention. Prison guards viciously tortured him to extract confessions. They wanted to force him to confess that he had killed a Bassiji revolutionary guard by the name of Sajjad Shah Sanaii, which he had not done.

“Mostafa had been tortured so much that his arm and both his legs were broken. One of the tortures inflicted on him was pushing needles under his nails. Mostafa’s neck and backbone were badly hurt under torture. The interrogators did their best to make him confess under torture, but they never succeeded to do so.”

Three protesters – Amir Hossein Moradi, Saeed Tamjidi and Mohammad Rajabi – were arrested during the protests in November 2019. They were deprived of access to their lawyers when they were being interrogated. They were beaten by batons, suspended by their feet, and beaten on the legs and soles of feet, among others to make confessions against their own will.

Political prisoner Massoumeh Senobari who has been arrested on the charge of “membership in the People’s Mojahedin Organization of Iran (PMOI/MEK)” was tortured under interrogation in the IRGC detention center. She was flogged so much that she was not able to walk. Because of strikes on her head, her vision is blurry. She also suffered a fractured calf.

Khosrow Besharat, Kurdish prisoner of conscience detained in Rajaishahr Prison of Karaj, wrote an open letter revealing the pressures brought on him by the Ministry of Intelligence.

Besharat wrote: “They handcuffed me in the back for long periods. This made my arms very painful and made me groan. They repeatedly hanged me by my handcuff from the ceiling. Many times, they tied me to a bed and beat me on the soles of my feet by very thick electical cables. The pain was so much I felt as if my brain would come out of my mouth and my eyes were coming off of their sockets. I felt my heart was going to burst. These tortures continued for three weeks. Then, they threatened to arrest members of my family.”

Abolfazl Karimi is a teenager arrested during the November 2019 protests in Iran. In a letter, he wrote: “During the interrogations, they threatened to arrest my parents. In the IRGC Intelligence (detention center) in Akbarabad, they hit me by stun guns. They claimed that I had killed one of two state agents. The interrogators broke my head and pulled off my nails. Now, all of my nails are falling off. They kicked me in the mouth and broke one of my teeth. It was in the 1st Branch of Inspections in Baharestan where they forcibly accused me of the crime.”

Mostafa Hashemizadeh, a student activist who was arrested during the protests in January 2020, said: “The interrogators repeatedly threatened to kill me by air injections and abandon me in an unknown location.” After torture, the interrogator told him to write confessions as he dictated, otherwise “they would kill him.”

Hamid Khosropour, one of the citizens arrested during the protests in November 2019, was seriously beaten by agents during detention. Agents in the IRGC Intelligence detention center brutalized me, and attempted to break or pull off his nails. Following the beatings and torture during interrogations, he began to stutter and his hands began shaking.

Death of prisoners under torture and ill-treatment

At least four prisoners were killed because of torture and ill-treatment in Iranian prisons over the past year.

On February 1, 2020, Mohammad Ameri died after cruel beatings by prison guards in Rajaishahr Prison in Karaj. He was an ordinary prisoner detained on apolitical charges.

A death-row juvenile prisoner, Danial Zaynol-Abedini, was killed by prison guards in the Prison of Mahabad, in Iranian Kurdistan. His body was handed over to his family on April 2, 2020. A close associate to Danial said: “When we received his body and took off his clothes, his body was bruised all over and he had stitches in the abdomen. But the Coroner’s Office announced that the reason for his death was suicide.”

Another prisoner by the name of Farhad Vosoughi, 27, was murdered under torture and ill-treatment by intelligence agents on November 10, 2020. His brother confirmed his death in the Central Prison of Khorramabad, capital of Lorestan Province.

He said he had seen the body of his brother in the Coroner’s Office of Khorramabad. He had suffered inhuman torture.” He also said: “The authorities of the Central Prison of Khorramabad had refrained from sending my brother to a civic hospital after fiercely torturing him.”

Mohammad Dowji, 19, was killed under torture by prison guards in Amirabad Prison of Gorgan, in northern Iran.

On the morning of November 18, 2020, he could no longer endure the tortures, and died under torture.