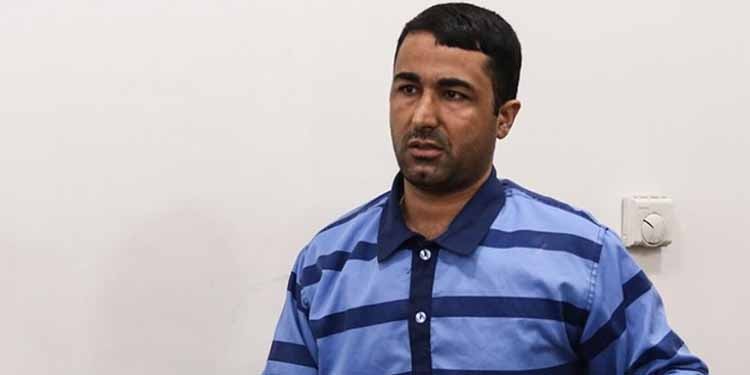 Iran’s official Judiciary news agency announced that Mostafa Salehi, a young man arrested for participating in late 2017 and early 2018 protests was hanged at dawn today in a prison in Isfahan, central Iran.

Mostafa Salehi was one of the protesters arrested during the nationwide protests in 2017-18 in the city of Kahrizsang, in Isfahan province.

He was tried in the 1st Branch of the Isfahan Penal Court and was charged with killing a member of the Revolutionary Guards using a hunting rifle during the protests, and beating and injuring six other people, the judiciary’s Mizan News Agency reported.

“Mostafa Salehi, who had murdered Sajad Shahsanayi with a bullet during the riots of (December 2017-January 2018), was executed this morning upon the request of the victim’s family,” Mizan said.

The Judiciary statement announcing his execution does not reveal any details except the charges brought against him.

Salehi had constantly denied the charges raised against him of killing the member of the regime’s IRGC Basij forces.

According to a source close to Mostafa Salehi, the 30-year-old construction worker was initially cleared of the charges brought against him in court and was told he would be released but the case was reopened upon pressure from the IRGC Intelligence Department.

“He is innocent, he was forced to confess in front of the camera against himself, he did not plead guilty in court, there was no evidence. They executed him at the request of Shahsanayi’s family,” the unidentified person said.

News of Salehi’s execution comes after reports indicating that Iran’s Supreme Court had upheld the death sentences of five other men in Isfahan arrested by security forces during the 2017-2018 protests.

According to the indictment issued by Isfahan’s Revolutionary Court, the five Iranian protesters have been charged with “Baghi through effective efforts and activities to advance the goals of the rioters”, “waging war against God through the use of firearms and the intention to disrupt security and shoot at officers” and “corruption on earth by disrupting public security and leading rioters to disrupt public order and security and disturb public opinion.”

The five men, all in their 20s, told the court that they were tortured to make confessions.

The protests which began in Iran’s second city Mashhad, were initially sparked by anger at the economic grievances, the soaring cost of living and official corruption, but rapidly flared in other cities including Tehran, with the protesters calling for the overthrow of the regime.
According to human rights groups, around 40 protesters were killed and at least 10,000 people were detained.