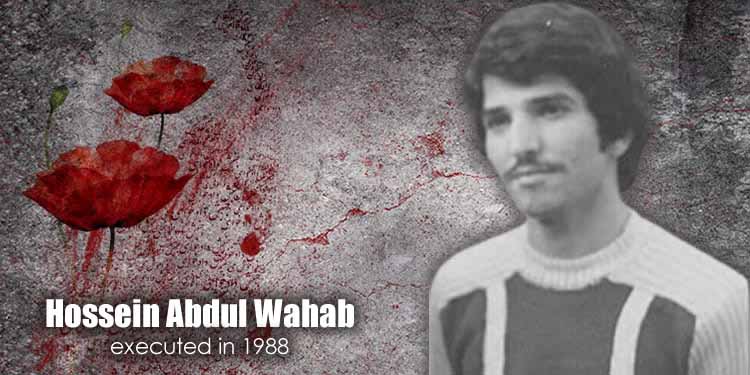 Hossein Abdul Wahab was born in 1952 in Tehran.

He was an employee of Iran Air airline.

He became acquainted with various political groups after the 1979 revolution. But when he joined the People’s Mojahedin Organization of Iran (PMOI/MEK), and started his activities.

He was arrested at home in the fall of 1981 along with his pregnant wife, who later gave birth to her child in prison.

During this period, Hossein Abdul Wahab was sentenced to 15 years in prison.

Abdul Wahab was hanged in Raja’i Shahr prison during the 1988 massacre while he was serving his sentence.

One of the members of the death commission that signed his death sentence was the mass executioner, Ebrahim Raisi, who was inaugurated as the clerical regime’s president on August 4, 2021.

In a letter from Iran, one of his relatives described the circumstances of Hossein Abdul Wahab’s family before and after his execution:

“One week before the news of Hossein’s execution was announced, someone told his family that he had seen Hossein and that he was fine. We were all happy. But on Thursday of the same week, they called and said that you should come to a certain place at one o’clock on Friday. Hossein’s father and uncle went there.  Hours later, they were informed of the execution of their loved one. Agents asked them not to hold ceremony for Hossein, but the family refused. The agents who faced the opposition of the family said, you should say that Hossein was sick, and he died in prison!