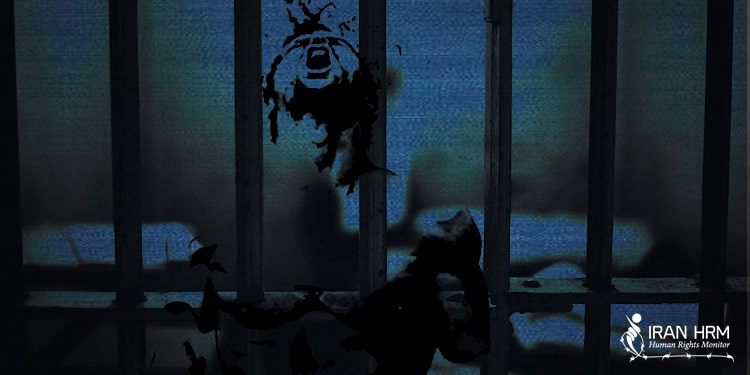 October 2021 saw the continuation of executions in Iran coupled with a stepped-up pressure on political prisoners.

The security forces arbitrarily opened fire on citizens leading to the deaths and injuries of a number of them.

At least 27 death penalties were carried out in various Iranian prisons during October 2021.

At least 12 victims were convicted of drug-related charges and another 13, including a woman, were charged with murder.

Susan Rezaei-pour was hanged on the charge of murder in the Central Prison of Qazvin at dawn on Wednesday, October 27, 2021, after serving six years in prison.

Violation of the right to freedom of speech

Suppression of the freedom of speech continued in Iran in October 2021.

The Revolutionary Court of Saqqez, in the Iranian Kurdistan Province, sentenced Kayvan Rahimi to four months in prison on charges of “propaganda against the state” through his activities in the social media.

The head of the Cyber Police (FATA) in the Greater Tehran announced, “(The Police) deals harshly with all individuals who propagate a culture of thuggery and hooliganism.” Col. Davoud Mo’azzami added that his police force had arrested more than 100 of such convicts, this year. (The state-run ILNA news agency, October 9, 2021)

Violation of the rights of religious minorities

On October 19, 2021, the Interrogations Office of Evin Courthouse in Tehran arraigned three Christian citizens, Mr. Joseph Shahbazian, Ms. Somayyeh (Sonia) Sadeq, and Ms. Mina Khajavi Qomi, of their charges. The office has accused them of disseminating propaganda against the state, establishing a “Zionist” House Church, membership in opposition groups to sabotage national security, and running a Zionist network.

The authorities of the Central Prison of Urmia, in West Azerbaijan Province, transferred Sunni political prisoners Mohiyeddin Ebrahimi, Mohiyeddin Tazehwared, and Davoud Jabbari to an unknown location. Messrs. Ebrahimi and Tazehwared had previously appealed for their death sentences.

In some cases, prison authorities hired violent prisoners and dangerous convicts to beat up and brutalize political prisoners.

There were also cases where the authorities filed false charges against political prisoners, some of whom went on hunger strike to obtain their rights.

The assailants stabbed Messrs. Baqeri, Qobadi and Shirazi a number of times and broke several thermos flasks on their heads. The three victims were transferred to the prison’s dispensary because of severe injuries.

Detained civil activist Monireh Arabshahi returned to Kachouii Prison in Karaj on Monday, October 4, 2021, as her medical leave expired although she had not completed her treatment.

Saeed Eghbali, a civil activist detained in Rajaiishahr (Gohardasht) Prison of Karaj, remains deprived of receiving his medications prescribed for him by a civic hospital. The doctor’s prescription for him was to use his medications to decrease infection in his right ear before being operated on. Mr. Eghbali suffered an eardrum rupture when his interrogators and intelligence agents slapped and hit him in the ear during interrogation.

Political prisoner Atena Daemi, detained in Lakan Prison of Rasht, is still deprived of having a card to make phone calls.

Political prisoners Soheil Arabi and Behnam Mousivand, both detained in Rajaiishahr Prison of Karaj, were summoned to court on October 6, 2021, in relation to a case filed for them while in detention. They are charged with disruption of prison’s order and insulting the mullahs’ leader.

Political prisoner Khaled Pirzadeh is presently detained in Shaiban Prison of Ahvaz, in Khuzestan Province. Despite dire health, he is on hunger strike since August 23, 2021, in protest to the authorities’ failure to agree with his conditional release after serving two-thirds of his sentence, the security forces’ violent treatment of his family, and the prison’s violation of the principle of separation of crimes.

The Iranian regime’s security forces killed at least four citizens by arbitrarily opening fire on them. The victims were fuel carriers or porters.

Border patrols opened fire at point blank range on Zhiyan Alipour on October 14, 2021, without warning. Mr. Alipour was from a village near Sardasht, and married with two children. His brother, Houshmand Alipour, is a political prisoner detained in the Prison of Sanandaj.

Border patrols in Baneh, Kurdistan Province, fired on a Kurdish porter, Sarkout Mirzaii, on October 16, 2021, and injured him.

A woman hanged in Qazvin, another faces imminent execution 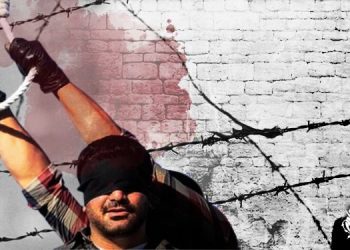