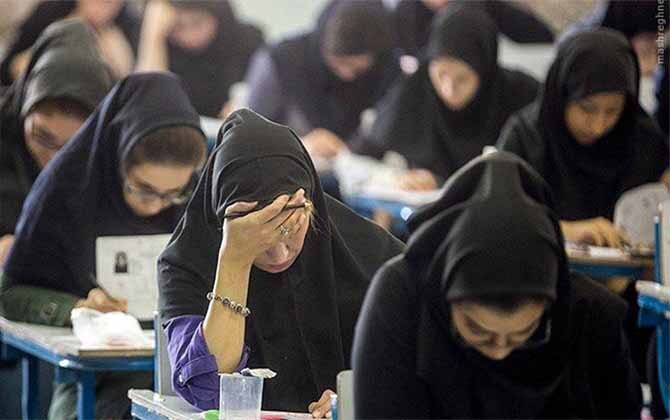 Dozens of Iranian Baha’i students have been banned from higher education due to their faith.

The names of 22 Baha’i students banned from higher education have been so far announced. These Iranian Baha’i students have passed the university admission test, some with distinguished grades, but they cannot register in Iranian universities to study in majors of their choice.

This comes after the Iranian regime’s Minister of Education said that followers of “unofficial” religions were banned from education, asking Baha’i students to deny their faith in order to continue their education.

“If students declare that they are followers of a religion other than the official religions of the country and this action is regarded as promoting (that religion), they are banned from attending school,” Mohsen Haji Mirzaei said on September 11.

During the past year, dozens of Iranian Baha’i students have been deprived of continuing their education.

Paragraph 3 of the bill ratified by the Supreme Council of Cultural Revolution in March 1991 and endorsed by the mullahs’ supreme leader Ali Khamenei, reiterates, “Once it is confirmed that a student adheres to Baha’ism, whether at the time admission or during their studies, she/he must be deprived of education.”

Iran’s Baha’is are also banned from working in government institutions and their private places of business have been systematically shut down by the regime.

According to recent unofficial figures, more than 300,000 members of the Baha’i faith currently reside in Iran. The regime’s constitution recognizes Islam, Christianity, Judaism and Zartoshtianism as official religions, but not the Baha’i Faith.

In 2018, a report carried out by the USCIRF identified the community as ‘the most severely persecuted religious minority in Iran, not recognized by the state, and denied their political, economic, cultural, and religious rights.’

Since the 1979 Islamic Revolution in Iran, Iranian Baha’is have been systematically persecuted as a matter of government policy. During the first decade of this persecution, more than 200 of Iran’s Baha’is were killed or executed, hundreds more were tortured or imprisoned.

Widespread and systematic attacks against the Baha’is and other religious minorities have continued so far, including Iran’s attacks on Baha’i places of worship and cemeteries, intimidation, persecution, arbitrary arrests and detention, denial of access to education and incitement to hatred.

The persecution of Iran’s Baha’is is still ongoing with dozens of Baha’is languishing in Iranian prisons throughout Iran.