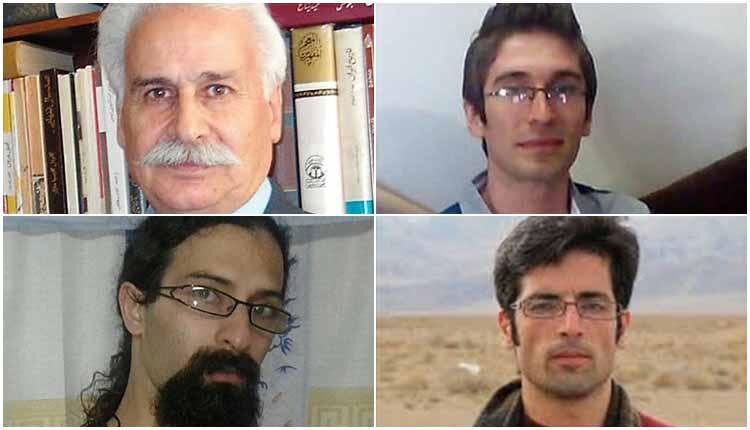 Since mid-December 2018, the head of Raja’i Shahr Prison, have denied several political prisoners of medical treatment.

The ban started after a prisoner convicted of murder escaped while being transferred to the hospital but has only continued to be enforced against political prisoners.

Reports indicate that many prisoners, especially political prisoners were waiting for some time to go to the hospital.

The ban is life threatening for a number of prisoners suffering from serious illnesses.

Iranian authorities have a long history of putting the lives of political prisoners at serious risk by denying them adequate medical care.

Medical treatment withheld to punish prisoners or force them into making false confessions. The threat of withheld medical care has also been used as an intimidation tool against prisoners who have challenged the authorities or filed complaints.

Iranian official has been held accountable for the multiple documented cases of death or irreparable harm suffered by political prisoners due to the lack of proper medical care in prison and the authorities denying them adequate recovery time or outside medical treatment and care.

Iranian political prisoner Saeed Shirzad is suffering from severe damage to both his kidneys. He needs urgent sophisticated medical treatment but has been banned from going to the hospital despite his family having paid for his treatment.

Saeed Shirzad could lose a kidney if Iranian authorities continue to refuse to hospitalize him outside of Rajaee Shahr Prison where he has been held for the past three years.

Arrested by the Intelligence Ministry in June 2015 for helping the children of political prisoners pursue education, Shirzad, 29, is serving a five-year prison sentence that was issued by Judge Abolqasem Salavati of Branch 15 of the Revolutionary Court for the charge of “assembly and collusion against national security.”

Shirzad had been admitted to the prison’s clinic for severe kidney pains on several occasions and had received emergency treatment at a hospital in Karaj on October 8, 2018. He has also been experiencing pain in his back, according to the source.

On December 8, 2017, Shirzad sewed his lips shut the day he began a hunger strike to demand improved living conditions at the prison, which is known for its harsh treatment of political prisoners.
For about 40 days, he only drank water with a straw through a crack in the stitches until the authorities agreed to consider his request and he was hospitalized.

Political prisoner Mohammad Banazadeh Amirkhizi has been banned from receiving medical attention despite his poor health. The 72 year old prisoner is suffering from a meniscus tear in his leg which has been neglected by prison officials and the prosecutor. He is also suffering from prostate issues, sleep disturbances and forgetfulness.

Amirkhizi was sentenced to 11 years of prison for “assembly and collusion against national security” and “spreading propaganda against the government.”

According to prison medics, political prisoner Majid Assadi has to receive special hospital treatment every month.

The 36 year old prisoner has been sentenced to six years of prison for “assembly and collusion against national security” and “spreading propaganda against the state.”

The authorities are denying urgent lifesaving medical treatment to political prisoner Arash Sadeghi who was diagnosed with a rare form of bone cancer.

He has been suffering from medical problems since he was sent to Raja’i Shahr prison in Karaj in June 2016. It is believed that they started with an untreated infection on his shoulder that developed after an operation, causing him severe pain in his arm.

Sadeghi has lost the ability to move his right arm due to an infection on his shoulder that has been left untreated in Raja’i Shahr Prison.

Arash Sadeghi, who has been serving a 19-year prison sentence for his peaceful political activities since 2016, underwent a biopsy in June 2018 and was diagnosed with Chondrosarcoma, a rare form of cancer that causes bone tumors, according to a source with detailed knowledge of his case.

Sadeghi hasn’t been to a hospital since September and is now unable to move his right arm, with the infection on his shoulder getting worse by the day despite repeatedly requesting to go back for further treatment.

Political prisoner Hassan Sadeghi was tortured upon his arrest by intelligence agents. The tortures resulted in several illnesses including glaucoma. He has previously had eye surgery but is in danger of losing his eyesight. Despite this, he is banned from receiving professional medical care.

He is also suffering from an infection in his stomach and small intestine and a severe gastric ulcer.

Sadeghi was detained at the age of 16 in 1981 for supporting the MEK and was released after six years. He was severely tortured during that time and suffered severe damage to both his heels. He is still suffering from the consequences of the torture inflicted on him in the 80’s.

Sadeghi is currently serving his 15 year prison terms. His wife, Fatemeh Mosana, has also been sentenced to 15 years of prison.

Security prisoner Shahram Mansourpour has served 18 years of his life in prison term without a prison leave. He has been suffering from a spinal disk inflammation and problems in his back muscles. He is banned from going to the hospital despite his urgent need of surgery and medical treatment.

Hamzeh Savari is suffering from severe pain from a tumor behind his right knee which has impaired his walking ability but has been denied the right to go the hospital.

Doctors have said that if he does not have the tumor surgically removed it would lead to more serious problems in the future.
The young prisoner was arrested at the age of 16 in 2005 and was sentenced to life in prison on charges of “acting against national security”, “enmity with God” and “corruption on earth”.