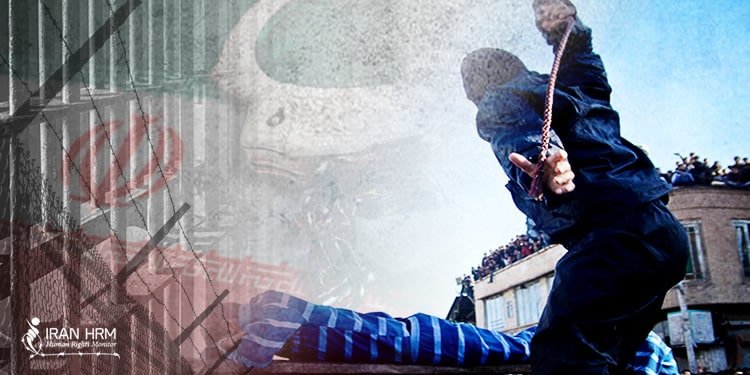 The Iranian regime appointed noted criminal Ebrahim Raisi as president in June; a man best known for his role on the death commissions in the 1988 massacre of 30,000 political prisoners and his violent crackdown on the November 2019 uprising where 1,500 protesters were shot dead in the streets.

The world has been reacting to the news of his presidency.

The Secretary-General of Amnesty International Agnès Callamard said in a statement: “That Ebrahim Raisi has risen to the presidency instead of being investigated for the crimes against humanity of murder, enforced disappearance and torture, is a grim reminder that impunity reigns supreme in Iran.”

As a member of the Tehran “death commission”, Raisi personally sent thousands to their deaths for political crimes after one-minute show trials in 1988. Like many of those who sat on the commission with him, he has expressed pride in his role.

Raisi, when asked about his role in 1988 massacre, told reporters: “If a judge, a prosecutor has defended the security of the people, he should be praised … I am proud to have defended human rights in every position I have held so far.”

In just in the past two years as the head of the judiciary, Raisi has become infamous for his crackdown on protesters, particularly those who took part in the November 2019 uprising.

Raisi must be prosecuted for his dark record of human rights abuses and the killing of political prisoners and dissidents.

The UN Human Rights Council must take steps to conduct an impartial investigation into the Raisi’s role in the 1988 extrajudicial killings and hold him accountable for continuing human rights abuses over the past 40 years.

Over the past month, there have been reports of executions, the killing of porters by indiscriminate firing of agents, prisoners’ hunger strikes, the arrest of citizens and political activists.

Violation of the right to life:

Iran has the highest rate of executions per capita in the world.

On June 30, Babak Paknia, a lawyer, announced the issuance of death sentence for his client, political prisoner Hassan Kheiri, on the charge of “moharebeh.” Paknia said he would appeal the verdict to the Supreme Court.

At least two prisoners were killed under torture and three others lost their lives due to lack of medical treatment in Iran’s prisons.

In late June an Iranian Arab identified as Kazem Hazbavi was killed under torture by police in Khorramshahr, southwestern Iran. According to a local Arab Telegram channel, police forces chased and ran over Kazem with a car, then took him to the police station. Locals reported he was injured in the car chase, then tortured at the station where he lost his life.

A Baluch prisoner identified as Masoud Kahanky-Gongi was killed under torture on June 16 in a detention center in Suran, southeastern Iran.

According to the Baloch Campaign website, the man was arrested with another person the day before on theft charges. He was taken to the police detention center, where he was beaten and tortured, and later passed away.

In addition, Iranian judicial authorities continued to issue flogging sentences last month. At least 22 citizens were sentenced to a total of 850 lashes. Among those sentenced to flogging was Esmail Gerami, a labor activist. He was sentenced by the Revolutionary Court of Tehran to 5 years in prison, 74 lashes and a fine of two million tomans.

Violation of freedom of expression:

Labor activists reported on June 22 that 700 striking contract workers at Tehran’s oil refinery had been fired after the strike.

Pictures posted on social media showed protesting workers at the Tehran Oil Refinery, who had joined their striking colleagues, received “settlement” papers on the same day.

In a video shared on social media, a worker says: “We protested against our low wages, but instead they gave us settlement forms to fire us. Someone from the government or from the people should come and support us.”

The treatment of peaceful protesters who have no way to express their protest other than a peaceful strike is clear evidence of a violation of freedom of expression.

A few days after the arrests of Dorsa Dehghani and Sina Kamali, some news sources, and social media users, reported that security forces have pressured the two Baha’is to make a forced confession. The two Baha’i citizens were arrested separately by security agents in the southwestern city of Shiraz on June 14 and transferred to an unknown location.

The court was also banned Mrs. Nazifi from leaving the country for two years. As a complementary punishment, the court also obliged Mrs. Nazifi to provide services to the mentally disabled for three months, four hours every day.

The charges brought against this Iranian motocross champion in Branch 26 of Tehran’s Revolutionary Court brought the following charges against Mrs. Nazifi: “Managing illegal groups with the aim of disrupting the country’s national security” and “incorrect motive and inner desire to destroy the religious system”!

The death of Sasan Niknafs, a prisoner of conscience in the Greater Tehran Penitentiary, once again drew attention to the plight of prisoners in Iranian prisons and detention centers.

Sasan Niknafs died while serving a five-year jail sentence in Iran, with activists accusing the authorities of contributing to his death by neglecting his medical condition.

Sasan Niknafs had been serving a sentence since July 2020 on charges including disseminating “propaganda” against the state and Iran’s leadership.

At least two other prisoners died in prisons in Urmia and Southern Khorasan Province due to lack of medical access.

Deprivation of prisoners of the right to medical care:

Arman Farahmand A 17-year-old boy, who has been imprisoned for murder, went on a hunger strike by sewing his lips to protest the uncertainty of his case.

Prisoners held in the same ward with dangerous criminals:

By placing political prisoners beside criminals, authorities continued to endanger their lives.

A number of prisoners convicted of common crimes, at the instigation of one of the prison staff, beat and insulted Shakila Monfared and injured her with the lid of a can of tuna.

Hossein Hashemi, an Iranian protester who is detained in the Greater Tehran Penitentiary was brutalized by prisoners convicted of common crimes after being unlawfully detained in the same ward with them.

Political prisoner Mohammad Turkmani was transferred from the ward 2 of the Greater Tehran Penitentiary to the ward 4, where common criminals are being held. He went on a hunger strike to protest the transfer.

At least 13 people were shot and killed by the IRGC and the state security forces last month. They include fuel traders from the impoverished province of Sistan and Baluchestan and Kurdish porters.

At least 17 others were injured by indiscriminate firing by security and military forces.